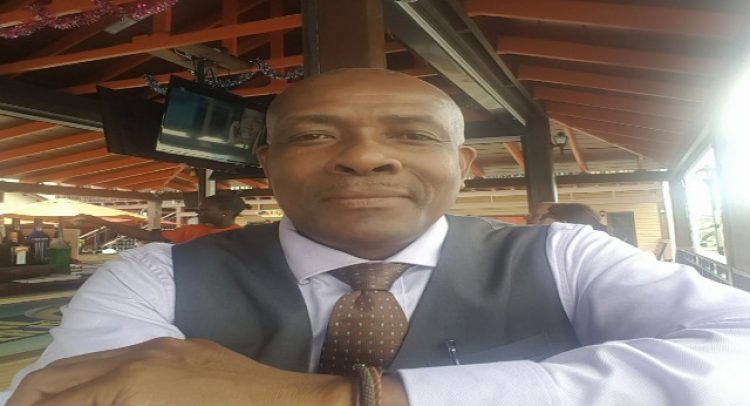 No realistic chance of securing a conviction against Hamilton says DPP

Basseterre, 28th April 2021 (My Vue News.com)-The Director of Public Prosecution in St. Kitts & Nevis, Valston Graham, has added his voice to the ongoing discussions regarding the recent decision by his office not to proceed with a case brought by an opposition political candidate, against a sitting Member of Parliament and Minister of Government.

The DPP explained that while he is not required to give reasons for his decision whether to prosecute or not, his decision to do so, on this occasion, is driven by his belief that the public should be fully and properly informed about the case, which has been the subject of public concern and interest.

The DPP explained that his decision was arrived at after his careful examination of the evidence presented to him by the lawyers for the complainant, but also after securing opinions from two senior experts versed in criminal law.

The complaints were taken to court by Dr. Terrence Drew, who is the Chairman of the main opposition Party, St. Kitts-Nevis Labour Party, and also a candidate in the 2020 General Election, that saw him losing to one of the Deputy Political Leaders of the co-ruling People’s Action Movement, (PAM), Eugene Hamilton, who is the Minister of Human Settlement, Social Security et al.

Drew charged Hamilton with the offences of Bribery, which is a breach of law provided for in the National Assembly Elections Act.

These were matters that Drew and his lawyers had directly taken to the court but before the case got going, the Director of Public Prosecution intervened, explaining in a press conference on Thursday, 25th February,2021, that given the nature of the charges and the parties involved, the office of the DPP needed to get involved.

Graham revealed in a press release issued on Wednesday, 28th April,2021, that “The charge of bribery alleged that Mr. Hamilton between the 29th day of May and the 5th day of June 2020 unlawfully gave or procured the giving of a gift towards the construction of a house or part of a house to a “named” individual of the Eight Electoral District, in order to induce the individual to vote for him in order that he might be return(ed) as a member of the National Assembly.”

On the other charge, that of treating, it was alleged that “Mr. Hamilton on a date between May 28th 2020 and June 5th 2020 and, or with the assistance of others, corruptly gave or provided food, drink and provisions styled as “Corvid Care Packages” with labeling of the People’s Action Movement political party and with the words “Vote for Eugene Hamilton” to persons for the purpose of corruptly influencing those persons to vote for him to procure his return as an elected member of the National Assembly.”

The DPP explained that the evidence in support of these complaints, was disclosed to him by Counsel for Dr. Drew and on receipt of the evidence, he said that he sought opinions from the two independent senior criminal experts.

He said that after they examined the evidence, written opinions were submitted to him and that “both independent criminal experts concluded that neither the charge of Bribery, nor that of Treating had any realistic prospect of success.”

“They further concluded that the prosecution instituted by Dr. Drew amounted to an abuse on the process of the court,” said DPP Graham.

However, he added that while he sought the opinions of independent Counsel, “I am not required by law to do so, neither am I bound by those opinions.”

But he explained that his decision to do so, was made in his own deliberate judgment in the interest of fairness and transparency, and Dr. Drew’s own Counsel requested him to engage independent counsel to conduct the matter on behalf of the DPP’s office.

“Having received the opinions, I undertook my own examination of the evidence, considered the opinions, the law, and the Prosecution Policy to prosecute. I concluded that there was insufficient evidence to support either charge and therefore there was not a realistic prospect of securing a conviction against Mr. Hamilton,” stated the DPP in his press release.

“On April 26th 2021, I discontinued the charges against Mr. Hamilton,” declared the DPP.

He said that a prosecution should only ever be instituted based on the sufficiency of the evidence and it should never be started unless there is admissible, substantial, and reliable evidence to justify placing a person upon trial.

From the provable facts of a case, there must be a realistic prospect of securing a conviction before a prosecution may be brought, explained Graham.

“In this case, there simply was not,” he concluded.

Q&A: Michael B. Jordan on protest, power & ‘Without Remorse’

Zoysa banned from cricket for 6 years for corruption