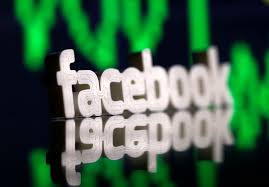 Shares of Facebook Inc fell 1.5 percent in premarket trading on Thursday as an apology from Chief Executive Mark Zuckerberg failed to quell Wall Street nerves about the company’s handling of a row over user privacy.

Analysts from several brokerages expressed relief that there were no signs in Zuckerberg’s first public comments on the row of a more fundamental shift in the company’s revenue model.

Facebook shares, however, have fallen for two of the last three days, knocking nearly $46 billion off its market value, and some analysts said it was clear the company would have to carry extra costs to shore up its reputation in the months ahead.

“We expect more cautious FB investors to point to the potential for FB to spend more this year due to these increased safeguards…which will hold back earnings power,” Morgan Stanley’s Brian Nowak said in a morning note.

Stifel analyst Scott Devitt was the fourth major Wall Street name to cut his price target on Facebook by $27 to $168, saying the uncertainty generated by the row demanded a higher discount.

“Facebook’s current plight reminds us of eBay in 2004 – an unstructured content business built on trust that lost that trust prior to implementing policies to add structure and process,” Devitt said.

“We would buy all of our Buy-rated stocks and many of our Hold-rated stocks before we would buy Facebook shares, given the information available to us,” Devitt added. He has a ‘Hold’ rating on Facebook.