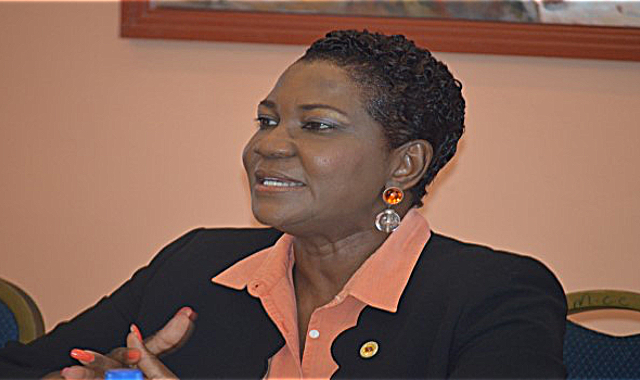 No thanks – Massiah to Lovell

The United Progressive Party (UPP) leader Harold Lovell has opened the door to the likelihood of newcomer, the Democratic National Alliance, entering his party’s fold.

But the offer is more one of political practicality than one of making amends with former UPP member Joanne Massiah, who formed the DNA last year after being booted from the UPP.

“It clearly is not helpful to have two opposition parties going up against the Labour Party. If we have that situation it’s not going to be helpful to the result going forward, and I think this is where the requirement for political maturity comes in,” Lovell said while a guest on Observer Radio yesterday.

The relationship between Massiah and the UPP, and Lovell in particular, had grown contentious before her expulsion in February last year. Massiah had also sought to succeed Baldwin Spencer as the party’s leader, losing out to Lovell.

“I think if there’s any persons, including myself, who are barriers to creating that united front to the Labour Party then everybody must be prepared to put his or her personal interest aside and do what is best for the people of Antigua and Barbuda, which is to get rid of the Antigua Labour Party [sic],” Lovell told Observer Radio.

According to him, local political history has shown that parties that manage just 2 percent of the votes cannot be sustained. The DNA, launched last April, got 754 of the almost 39,000 votes cast, which works out to just below 2 percent.

But Massiah is not ready to capitulate.

Pressed on whether Lovell’s overture was something she was willing to entertain, Massiah responded “not at this time.”

DNA co-founder Anthony Stuart recently voiced another option; displacing the UPP as the alternative to the ruling ABLP.

Julian Assange has internet cut at Ecuadorian embassy in London