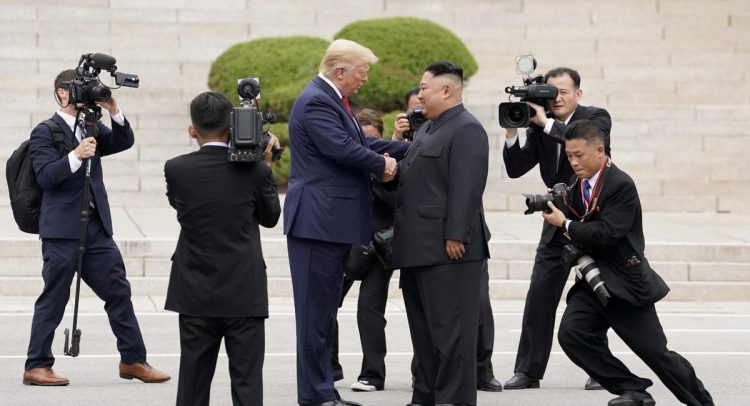 It was the latest in a series of exchanges underscoring the friction between the two countries after denuclearization talks launched by U.S. President Donald Trump and North Korean leader Kim Jong Un stalled late last year.

“We want to make it clear that our country has nothing to do with the so-called ‘cyber threat’ that the U.S. is talking about,” North Korea’s Foreign Ministry said in the statement.

It said Washington was trying to use the allegations as leverage, along with the issues of nuclear missiles and human rights as well as accusations of terrorism funding and money laundering. The aim was to “smear our country’s image and create a way to shake us up”, it said.

The U.S. State Department, Treasury, and Department of Homeland Security Issues, along with the FBI, issued a new warning last month about the threat of North Korean hackers, calling particular attention to financial services.

North Korea is alleged to be behind an ambitious, years-long campaign of digital theft, including siphoning cash from ATMs, stealing from major banks, extorting computer users worldwide, and hijacking digital currency exchanges.

Since 2006, the country has been subject to U.N. sanctions that have been strengthened by the Security Council over the years in a bid to cut off funding for Pyongyang’s nuclear and ballistic missile programs.

This week, the U.S. Justice Department accused the country’s state-owned bank of evading U.S. sanctions laws and said it had charged 28 North Korean and five Chinese citizens in its latest crackdown on alleged sanctions violations.

American and Delta are preparing for potentially massive layoffs