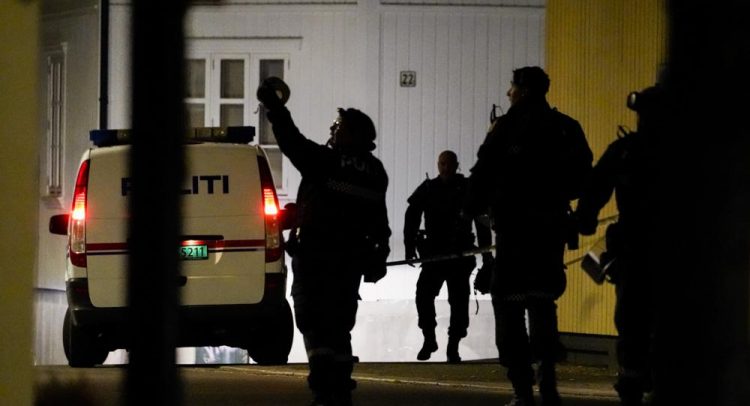 STOCKHOLM, Sweden (AP) — Several people were killed and others injured by a man armed with a bow and arrow near the Norwegian capital, Oslo, police said Wednesday. They said the suspected attacker was arrested.

“There are several injured and also dead,” the police chief in the town Kongsberg, Øyvind Aas, said at a press conference on Wednesday night, according to Norwegian broadcaster NRK.

No details were immediately available on the numbers of dead and injured.

According to police, the suspected perpetrator walked around the city shooting at people with a bow and arrows. He was arrested and an investigation is underway into the motive of the attack.

Police at the scene after an attack in Kongsberg, Norway, Wednesday, Oct. 13, 2021. Several people have been killed and others injured by a man armed with a bow and arrow in a town west of the Norwegian capital, Oslo. (Hakon Mosvold Larsen/NTB Scanpix via AP)