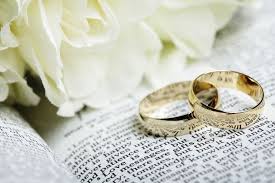 Religious leaders Monday objected to any notion of same-sex marriages taking root in Trinidad and Tobago and urged the Keith Rowley Government to maintain that marriage is a union between a man and a woman.

They are calling on the Government to publicly endorse their position.

Roman Catholic Archbishop Jason Gordon told reporters that the Church is united in its views regarding marriages.

“And that’s how we have understood marriage ever since and it is a foundation of our whole society. This is not something where the Muslims, the Hindus or the Christians have any difference of opinion,” the archbishop told reporters, flanked by other members of religious community here.

The move by the religious leaders follow the ruling in April by the High Court that the buggery law is unconstitutional.

The Government has already indicated that it will appeal the ruling of Justice Devindra Rampersad that the law goes against the basic rights of any citizen to enjoy the freedom of privacy and family life.

The judge said that it was unfortunate when society, in any way, values a person or gives a person their identity based on their race, colour, gender, age, or sexual orientation.

President of the Trinidad and Tobago Council of Evangelical Churches, Dr Desmond Austin, told the news conference that the campaign would be to “encourage the parliamentary agenda for September 2018 to amend the Marriage Act to define marriage as between one biological man and one biological woman.

“That’s because the family is the basic unit of society and a strong force of social cohesion, and as such should be strengthened,” Austin said, adding that the family is entitled “to comprehensive protection from society and the State”.

He said the quest to obtain individual autonomy “has undermined the nature of marriage and will jeopardise its future”.

“It is important to state… that homosexual activities are prohibited according to the Hindu religion,” he said, noting that many Hindu scriptures “expressly support the prohibition of such kind of activity.

“So this has always been our position that a marriage is between a male and a female and I will support my colleagues here in doing whatever we could to ensure that nature’s law prevails,” he told reporters.