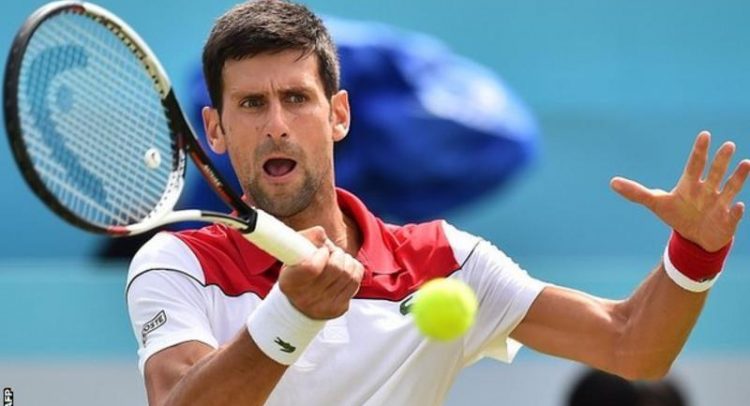 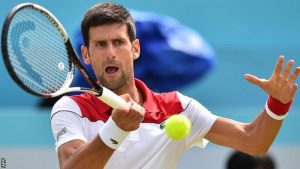 Novak Djokovic marked his first appearance at Queen’s since 2010 with a comfortable opening win over Australian qualifier John Millman.

The Serb will face second seed Grigor Dimitrov in the last 16 after the Bulgarian won Dimitrov won 6-3 6-7 (4-7) 6-3 against Bosnian Damir Dzumhur.

Andy Murray and Kyle Edmund are also in action at Queen’s Club on Tuesday.

Immediately after his shock French Open quarter-final exit against Italian Marco Cecchinato, Djokovic claimed he might sit out the grass-court season as he tries to recapture his best form.

Over the past year he has dropped outside of the world’s top 20 after struggling with an elbow injury, which needed a minor operation in January.

Shortly after Roland Garros, the three-time Wimbledon champion decided to accept a wildcard at Queen’s as part of his preparations for the grass-court Grand Slam.

And he looked in good form against world number 63 Millman.

Djokovic took command after breaking for a 3-2 lead in the opening set, going a double break up for 5-2 and sealing it in half an hour.

Another break in Millman’s opening service game of the second set left Djokovic on course for a straightforward win.

The former world number one continued to put the Australian under pressure, breaking again for 4-1 after a successful challenge on game point, then seeing out victory.