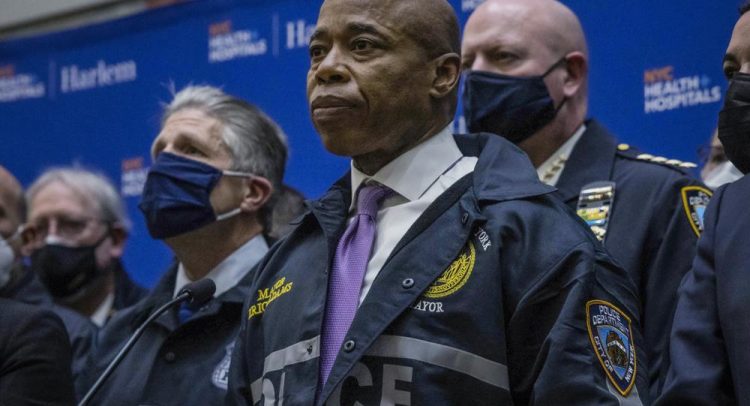 The video, first reported by the New York Daily News, shows Adams, who is Black, speaking at a private event in December 2019, during the early stages of his mayoral run.

Adams is a former New York City police officer who rose to the rank of captain before leaving to serve in elected office. While in the New York Police Department, he became an outspoken critic of the department and co-founded an advocacy group called 100 Blacks in Law Enforcement Who Care, which pushed for criminal justice reform and spoke out against police brutality.

Adams was asked about the video at a news conference Friday and said he wanted to “definitely apologize” for his remarks and called them “inappropriate.”

“Inappropriate comments, should not have been used. Someone asked me a question using that comment and playing on that word. I responded in that comment. But clearly, it’s a comment that should not be used and I apologize not only to those who heard it but to New Yorkers because they should expect more from me, and that was inappropriate,” Adams said.

The word has often been considered a derogatory term for poor Southern white people, but the origins of the term are not entirely clear.

A 2013 report from NPR found the term was used as an insult as far back as the 17th Century and was later used to refer to Scots-Irish immigrants settling in the Southern U.S.

The mayor, who has been in office a little over a month, said the comment referred to his efforts to combat racism in the department.

“My fight in the police department was fighting racism throughout my entire journey. And I was serious about fighting against that and that is what it was attached to, the question that was asked. And that, you got my response, based on what that question was,” he said.

The head of the city’s largest police union quickly put out a statement defending Adams.

“Whenever a controversial video of a police officer surfaces online, we ask for fairness instead of a rush to outrage. We will apply the same standard here,” said Police Benevolent Association President Patrick Lynch, who is white.ADVERTISEMENT

“We have spoken with Mayor Adams about this video. We have spent far too many hours together in hospital emergency rooms these past few weeks, and we’ve worked together for decades before that. A few seconds of video will not define our relationship. We have a lot of work to do together to support our members on the streets.”

Adams apology came a day after he hosted President Joe Biden in New York City and they met with top law enforcement officers to discuss plans to try to cut down gun violence in cities.

That presidential visit followed the deaths of two New York City police officers in a shooting in Harlem.