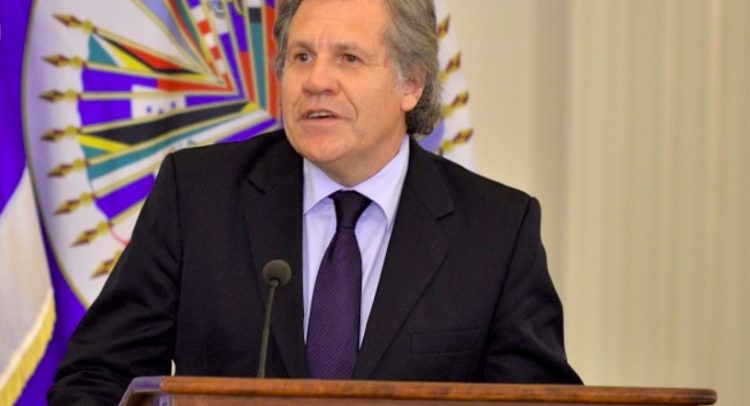 The Organisation of American States (OAS) says it is awaiting the swearing in of Guyana’s newly elected Government, while offering its continuous support to the new administration during this period of transition.

In a landmark decision on Tuesday, Chairperson of the Guyana Elections Commission (GECOM), Justice Claudette Singh, directed the Chief Elections Officer to prepare his final report using the figures from the National Recount for the declaration of the results of the March 2 elections.

Figures from the recount show the People’s Progressive Party/Civic (PPP/C) in a landslide lead over the incumbent A Partnership for National Unity/Alliance For Change (APNU/AFC) by more than 15,416 votes.

To this end, the OAS, in a statement on Tuesday, welcomed the decision by the Elections Commission to declare results of the General and Regional Elections held over three months ago based on the data from the recount exercise.

“The OAS looks forward to the formal declaration of the results and the eventual swearing in of the newly elected government. In this regard, the Organization remains available to provide such support as is required as the new administration addresses the issues and challenges emanating from the 2020 electoral process,” a missive from the 34-member organisation detailed.

It went on to remind that the decision to conduct a national recount of all ballots cast on March 2 was supported by stakeholders in the electoral process as a means to determine a final credible result that was acceptable to all parties.

According to the OAS, the majority of these stakeholders, as well as local and international observers present for the recount, have confirmed that the process was impartial, transparent and reliable, and delivered a result that reflects the will of Guyanese voters.

“The OAS commends the people of Guyana for their patience during this extended electoral exercise, and thanks the electoral workers for their diligence – both on Election Day and during the recount – in ensuring that the voices of all Guyanese voters were heard and respected. The constant vigilance of political parties and the service of local and international observers were also key to the final outcome, and must be acknowledged and applauded,” it stated.

On Monday last, the OAS called on the APNU/AFC Administration to begin the process of transition so that the legitimately-elected Government can take its place. This call came hours after the Caribbean Community (Caricom) high-level team of scrutineers had said in its report on the elections recount that the process was conducted in “a professional, transparent and impartial fashion”, which allowed GECOM, political parties and other stakeholders to accurately determine the results for each polling station.

The OAS reiterated that there is no reason not to support the results of the recount process.

“OAS further takes note and wholly supports the findings of the Caricom team of scrutineers that the results of the recount were transparent and credible, and nothing prevents the Chair of the Guyana Elections Commission from now declaring the election based on these results,” the Organization said in the Monday missive.

It added that elections are held to determine the will of the people, and once the people’s wishes are clearly stated, they must be upheld, not only in instances where they favour the incumbent.

“In this case, the results published in the report of the Chief Elections Officer (CEO) himself make it clear that the Opposition PPP/C [People’s Progressive Party/Civic} has won the favour of the majority of Guyana’s eligible voters. Their will must be respected,” the OAS had stated.

The 34-member Organisation had fielded an Elections Observer Mission that was led by former Jamaican Prime Minister Bruce Golding, to monitor Guyana’s March 2 elections. The team was among the five international observation missions, along with domestic observers and other stakeholders, which had deemed the tabulation of the votes in Region Four (Demerara-Mahaica) – Guyana’s largest voting district – as not credible.

It was subsequently discovered during the national recount exercise that embattled District Four (Demerara-Mahaica) Returning Officer Clairmont Mingo had heavily inflated the figures in favour of the APNU/AFC Coalition.

Presenting his preliminary findings of the EOM to the OAS Permanent Council on May 13, Golding said, “I have never seen a more transparent effort to alter the results of an election…it takes an extraordinarily courageous mind to present fictitious numbers when such a sturdy paper trail exists.”