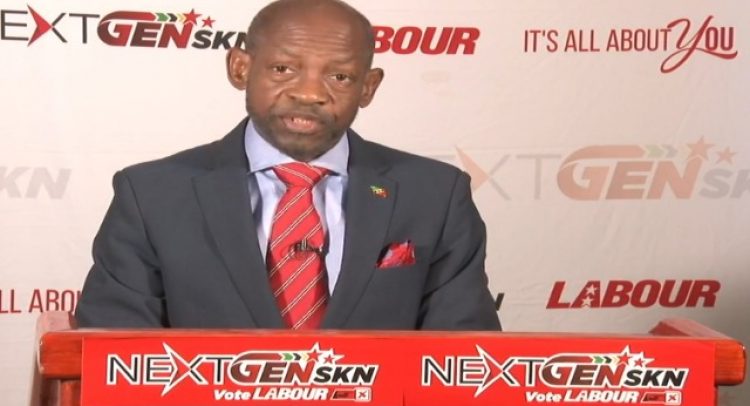 Obituary of Labour Party will never be written says Douglas

Basseterre, Monday, 8th June, 2020, (MyVue News.com) – In his first official address since the June 5th election, Leader of the St. Kitts-Nevis Labour Party, Dr. Denzil Douglas, says that he is proud of the campaign that his party ran.

He said, “Ours was a race that was well fought and well run.”

“Today, I can say with utmost conviction, that I am proud of our NextGen candidates, who each represented what was best in all of us, with hearts for the people and love of service.”

The former Opposition Leader said that he is proud of the campaign that his team ran, where they took the time to engage in very serious reflection to apply the lessons of the past, and listen to what the people of St. Kitts and Nevis said that they wanted and expected of their caring leaders.

At the end of the poll, The Labour Party secured two seats, one of which is to be challenged.

This time around, though Labour picked up the East Basseterre constituency, it lost both the Central and West Basseterre districts.

But, despite the 9-2 defeat against the coalition grouping of PAM, CCM and PLP, the Labour Party Leader displayed an image of confidence to comfort the concerns of his supporters

“Its because of the massive support of our young people that I have every confidence that the obituary of the St. Kitts-Nevis Labour Party will never, never, be written,” said a defiant Douglas.

“The St. Kitts-Nevis Labour Party from its very inception, has always commanded the love and respect of the vast majority of the people of this blessed country and Election 2020 was no exception,” he continued.”

He said, “In fact it bore witness to a surge of enthusiasm among voters that propelled one of our newest candidates,  The Hon. Dr. Geoffrey Hanley, to victory, as the Member of Parliament representing Constituency Number One, East Basseterre.

The 30 year veteran opined that the election in Constituency Eight also led to a significant narrowing of the margin that has brought the Chairman of their Party, Dr. Terrence Drew, even closer to eventual victory.

Douglas however, seemed worried about his party followers, when he intimated that many contributed their time and effort at great risk and sacrifice.

He added that some are very concerned about their own future now that the party has lost the election and will face another five year term of the coalition partners.

But he promised that the party will fight tooth and nail to ensure that no systematic suffering comes to them.

COMMENTARY: Justice: On The Altar Of Expediency