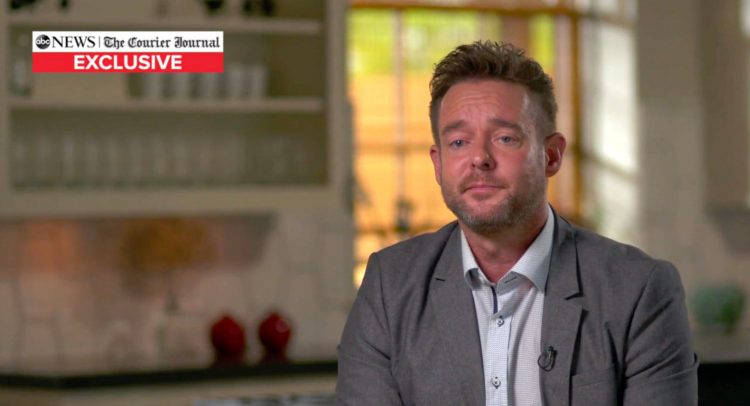 The officer who was shot on the night cops busted into Breonna Taylor’s apartment and fatally shot her says he and his fellow cops were just doing their job … and he’s frustrated the case has been compared to the killings of George Floyd and Ahmaud Arbery.

Sgt. Jonathan Mattingly was shot in the leg during the raid on March 13, and he’s giving his account to Michael Strahan on “Good Morning America” of what went down before Taylor was killed … claiming he wants to clear up all the disinformation out there.

For starters, Mattingly describes how he banged on the door and insists that he — along with several other officers — announced their presence before entering. This is the key to the case, because if the police didn’t announce themselves, they would not be entitled to use self-defense once inside. Mattingly insists they repeatedly said “Police, search warrant, open the door.” He says they banged 6 times and repeated their announcement.

This, of course, contradicts what Breonna’s boyfriend, Kenneth Walker, claims … as well as several neighbors. Mattingly says the neighbors have to be discounted, because they said they didn’t even hear banging on the door, and Walker acknowledges he heard it.

Though Mattingly concedes Walker and Taylor may not have heard them, he refutes that Walker only fired a warning shot at the cops after they busted the door open. He says Walker had a gun pointed right at him … and fired 4 times, hitting him once.

When Strahan presses Mattingly on whether things would have been different if the cops involved had body cams, Mattingly says yes … because it would have shown they did nothing wrong … and nobody would even know about Breonna Taylor.

The sergeant does suggest they could have done something different to avoid the tragedy, though — bust in right away next time, thus preventing the people inside from grabbing a gun.

Finally … Mattingly insists Breonna’s death did not involve race, adding the case is nothing like what happened to George Floyd or Ahmaud Arbery. He clearly feels he and his fellow officers have received unfair treatment from the public at large … and says he’s a victim too.

Mattingly makes a point to say what happened to Floyd was horrible, but goes on to mention Floyd may have died of an overdose and adds that he wasn’t a model citizen. These statements clearly seem to upset Strahan … especially on the heels of Mattingly insisting he’s not racist.

Only one VAT Reduction Day for Christmas