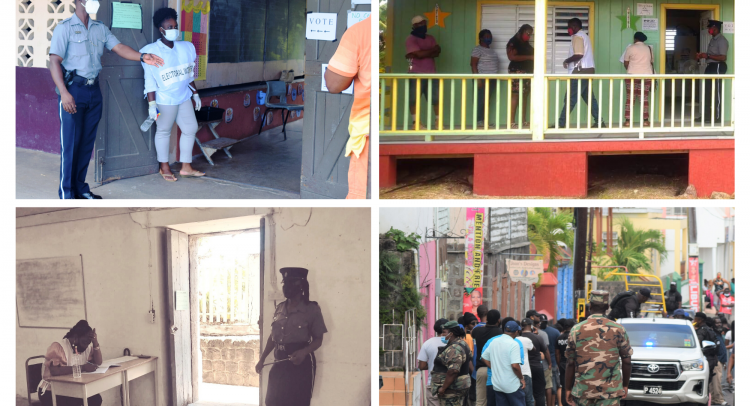 The CARICOM Election Observation Mission has documented the high standard with which members of the security forces executed their duties on Election Day in a preliminary statement which was published this week.

In their statement, the members of the Mission stated that “adequate security was in place at all locations with the Officers displaying a very professional approach which contributed to the level of calm which accompanied the day’s activities.”

The statement reports that the team visited 94 polling stations across 10 of the 11 constituencies: seven in St. Kitts and three in Nevis. The report also states that the Mission monitored the day’s activities by observing the opening of the poll, the voting process, the closing of the poll and the counting of ballots. No major concerns were observed by the team. On the day prior to the elections the mission met with a cross-section of stakeholders including the Supervisor of Elections, the Commissioner of Police, representatives of political parties and members of civil society and non-governmental organisations according to the statement.

The Mission congratulated the staff of the Electoral Office, the poll workers, the political parties and all candidates, the security forces and the people of St. Kitts and Nevis for the mature way in which the Elections were conducted and the high level of discipline displayed throughout the process.