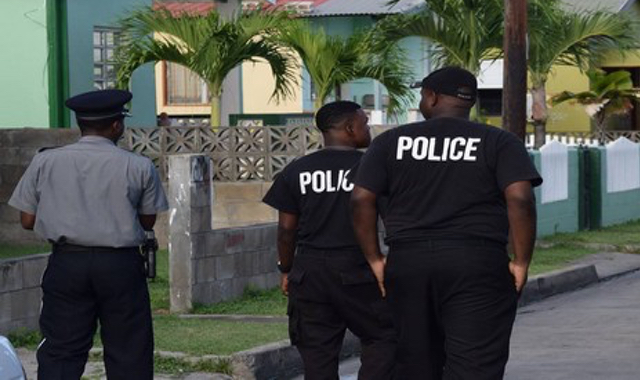 Basseterre, St. Kitts, 17th January, 2019 (MyVueNews.com) – After a Police investigation into an incident at the Marriott Resort, in which two Police officers were physically and verbally assaulted by a visiting couple, three officers now face disciplinary charges based on their mishandling of the situation.

The High Command of the St Christopher and Nevis Police Force launched an investigation into the incident after viewing a video of the male tourist hitting and slapping one of the officers, who did not take appropriate action against the visitor. That officer remained talking on his cell phone, while he was even struck several time on the head.

Adding insult to injury, the couple was eventually arrested, thanks to a passing plain clothes officer, and taken to the Frigate Bay Police Station, but early the following morning they were released without charge. Shortly thereafter, the two tourists departed via the R.L.B. International Airport.

During the Prime Minister’s press conference held on Wednesday, 16th January, Acting Commissioner of Police Hilroy Brandy provided the media with an update on the investigation and gave some comments.

Acting CP Brandy said, “The couple was arrested and taken to the Frigate Bay Police Station and later they should have been charged and taken before the court. However, some three Officers did not perform their duties as mandated by law. An investigation was launched and, as a result, disciplinary charges were proffered against those Officers.”

Brandy commented, “I think no member of the organisation was happy to see that video circulating on social media. However, I must congratulate Constable Denver Herbert who was on some free time…and was able to come to the rescue of two of his Officers and help to bring the matter under control.”

The acting commissioner of police also spoke regarding “misinformation” circulated by some persons.

Brandy said, “The High Command would like to assure the public that misinformation being circulated that Officers involved in the incident received a bribe from the visitors has proven to be false. While the situation itself was an unfortunate one, the peddling of such false information, that was clearly deliberately intended to deceive the public, is even more regrettable.”