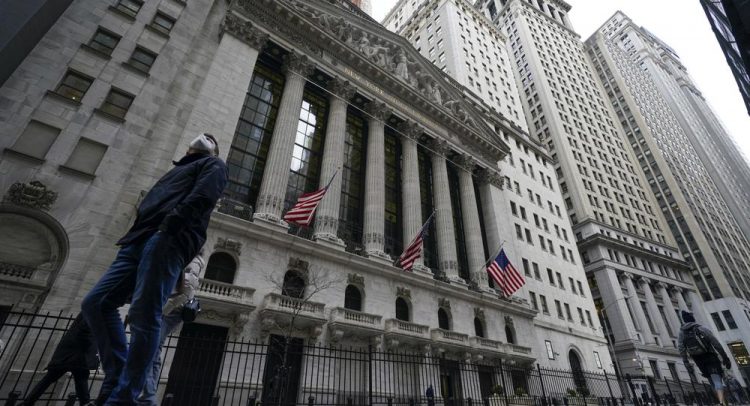 NEW YORK (AP) — Stocks around the world swung on Tuesday, oil prices rose sharply and the price of nickel surged so much that trading for it was shut in London, as the economic fallout from Russia’s invasion of Ukraine keeps rocking markets.

The S&P 500 was down 0.8% in morning trading after earlier bouncing between gains and losses. It’s coming off a three-day losing streak where worries about a toxic cocktail of higher inflation and a slowing economy triggered its worst day in 16 months.

At the center of Wall Street’s wild recent swings has been the price of oil, which has surged on worries global supplies will be upended because Russia is one of the world’s largest producers. President Joe Biden has decided to ban imports of Russian oil, and a barrel of U.S. crude rose 7.5% to $128.38 in morning trading. It got even higher a day before as worries rose about a possible ban, reaching $130.50.

Biden may announce the move as soon as Tuesday. The U.S. will be acting alone, but in close consultation with European allies, who are more dependent on Russian energy supplies. European nations have said they plan to reduce their reliance on Russia for their energy needs, but filling the void without crippling their economies will likely take some time.

A U.S. ban on Russian oil imports would be the latest move by governments and companies around the world to squeeze Russia’s finances following its attack of Ukraine. All the penalties raise questions about how high prices will go for oil, natural gas, wheat and other commodities where the region is a major producer. That’s in turn adding more pressure to the already high inflation sweeping the world, cranking up its hold on the global economy.

It’s also making an already difficult path for the Federal Reserve and other central banks around the world even more treacherous. They’ve been hoping to raise interest rates enough to push down high inflation, but not so much as to cause a recession.

All the uncertainty has led to wild trading across markets for commodities, where challenges for supplies are colliding with strengthening demand as the global economy comes back from its coronavirus-caused shutdown.

Trading in nickel was suspended Tuesday on the London Metal Exchange after prices doubled to an unprecedented $100,000 per metric ton.

Nickel is used mostly to produce stainless steel and some alloys, but increasingly it is used in batteries, particularly electric vehicle batteries.

Russia is the world’s third-biggest nickel producer. And the Russian mining company Nornickel is a major supplier of the high-grade nickel that is used in electric vehicles.

Nickel prices had quadrupled in a week over supply issues and the spike Tuesday forced the LME to shut down electronic and open-outcry, or floor trading.

Trading in nickel will not resume Tuesday and the halt could last longer than that “given the geopolitical situation which underlies recent price moves,” the LME said Tuesday.

In Asia, most stock indexes fell, with Japan’s Nikkei 225 down 1.7%. European stocks swung from early losses to gains and back, and the French CAC 40 was down 0.4%.

They’ve also swung sharply following the invasion of Ukraine. Downward pressure is coming from investors looking for safer places to park their money, and higher prices for Treasurys push down their yields. Pushing upward, meanwhile, is all the pressure from expectations for higher inflation as prices for oil and other commodities soar.

Higher interest rates drag on all kinds of investments, but high-growth stocks seen as relatively expensive can take some of the hardest hits. Technology stocks were some of the heaviest wights on the S&P 500, with those in the index down 1.3%.

Amazon, Microsoft and Apple were all down at least 1.8%.

On the opposite end were oil-related companies, which were benefiting from higher crude prices. Chevron jumped 5.8%, Exxon Mobil rose 8.7% and Schlumberger leaped 8.5%.

Bank Street getting a much-needed facelift