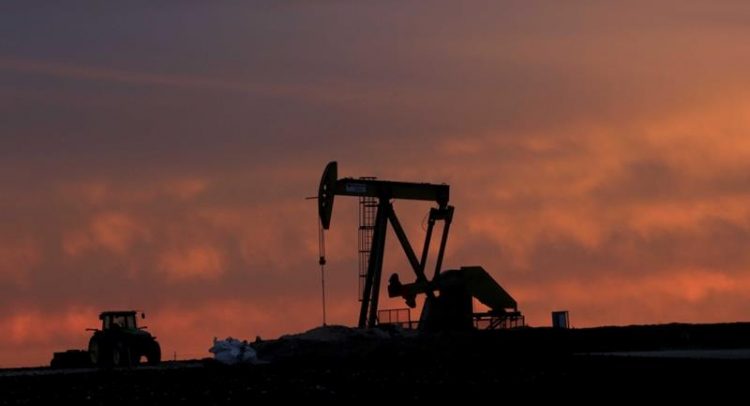 Mixed picture for oil as OPEC+ mulls extending production cuts and US holds off on imposing sanctions over Hong Kong.

Oil edged lower after a fifth weekly gain as investors weighed civil strife across the U.S. and deteriorating relations between Washington and Beijing against signs that OPEC+ is considering extending output cuts.

Futures in New York declined around 1% to near $35 a barrel after swinging between gains and losses earlier. OPEC and its allies will discuss prolonging production curbs by one to three months, according to a delegate, as the cartel considers bringing forward its next meeting a few days to June 4. The current agreement calls for the output cuts to ease from July.

The positive news on supply came as violent protests in dozens of U.S. cities sparked by the death of an unarmed black man in police custody clouded the demand outlook in the world’s largest economy and also stoked concerns about a second wave of infections. Meanwhile, President Donald Trump’s response on Friday to China’s moves to assert more control over Hong Kong stopped short of imposing immediate sanctions, aiding market sentiment.

Crude surged a record 88% in May driven by the OPEC+ deal, involuntary production cuts in the U.S. and a return of demand in China. However, prices are still well below where they were at the beginning of the year and without additional reductions in supply, the rebound in consumption will need to show a sustained improvement for oil to keep rallying.

West Texas Intermediate for July delivery dropped 1% to $35.15 a barrel on the New York Mercantile Exchange as of 8:24 a.m. in Singapore after rising 5.3% on Friday. Brent for August delivery fell 0.8% to $37.54 a barrel on the ICE Futures Europe exchange.

In more evidence of the involuntary supply response in the world’s biggest oil producer, the number of rigs drilling for oil in the U.S. dropped for an 11th consecutive week to the lowest since 2009, according to data from Baker Hughes. Still, there’s risk that oil’s continued advance could tempt some American producers to turn on their taps again.

Photo: Talk of an extension of OPEC+ productions cuts, US shale producers cutting back on the number of rigs and a gradual return of demand for oil have helped crude prices surge from their March lows [File: LM Otero/AP Photo]