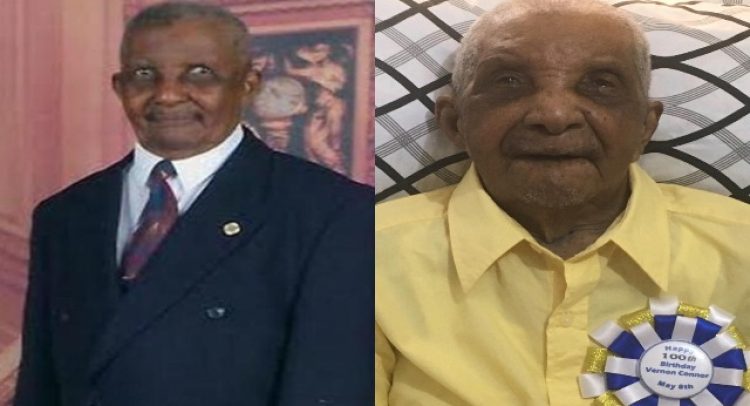 Basseterre, 8th May, 2020, (MyVueNews.com) – With so many senior citizens across the world dying from the Coronavirus, here in St. Kitts it is a great feeling to celebrate the life of the man who today, (Friday,8th May, 2020), has become the oldest living man on the island.

Originally from the nearby island of Anguilla, Vernon Roy Connor, of Soho Village in Basseterre, began his life in St. Kitts at age 27, in 1973.

While in St.Kitts during his younger days, he worked at the St. Kitts Sugar Factory. There, he served as a member of the yard gangs and a painter.

He also worked as a clerk in the railway office.

After 40 years of service, Connor retired in 1990, but not before he had risen to the rank of supervisor of the team responsible for cleaning the railway.

He was married to Esther Alvira Henry, in 1954 and lived with their children, Winifred, Hilton, Leslie, Joycelyn, Asheila, Rudolph, Errol and Steadroy.

Connor also lived part of his life in the US Virgin Islands, (St. Thomas), when he was 18, and stayed there for 3 years, then returned to Anguilla before coming to St. Kitts.

Connor was a romantic. When he met his future wife, she was 13. He would use a match box in which to send her love notes.

According to family sources, they had planned to travel after raising their children, but in 1971 she died at age 37.

It is said that her last words to him were, “Please take care of my children, and do not let anyone take advantage of them.”

He promised, not knowing that she was preparing to leave. He kept his promise.

Connor believes she was the one and the only one. He never re-married, because, as he said, he discovered that he could never find another like her.