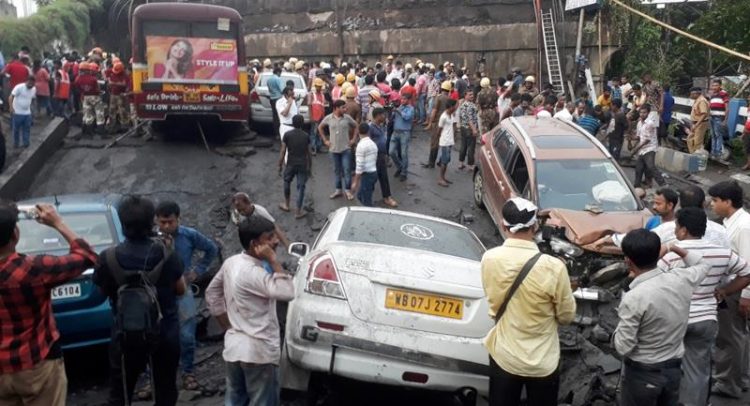 One dead, many feared trapped in Kolkata bridge collapse At least one person has died and several others are feared trapped in India’s eastern city of Kolkata after a section of a decades-old highway bridge built over a railway track collapsed.

The incident in Majherhat, southern Kolkata, took place at around 11:30 GMT on Tuesday, when a nearly 30-metre long section of the bridge dropped to the ground, the second such incident in the city in less than three years.

More than two dozen people were injured and rushed to local hospitals, police said. Mamata Banerjee, chief minister of West Bengal state, said in a televised address: “We are still assessing the gravity of the situation and we cannot talk about the deaths right now.”

“We are trying to assess if there are people trapped beneath the debris,” Sovan Chatterjee, the mayor of Kolkata, who visited the accident site, told Reuters news agency.

The bridge is reported to be over 40 years old.

In 2016, a section of an unfinished flyover cutting through Kolkata collapsed, killing 26 people and leaving dozens injured.

An official report later blamed that accident on bad design and poor-quality materials. Half a dozen of vehicles, including a bus, also fell with the section of concrete.