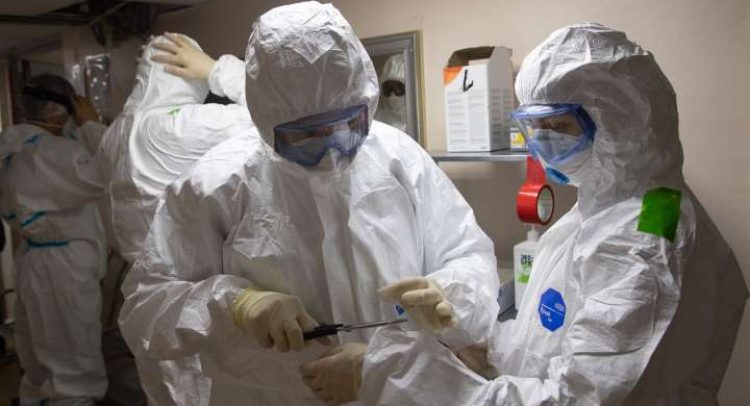 One in 10 Covid-19 patients with diabetes die within a week, study finds

(CNN)One in 10 coronavirus patients with diabetes died within the first seven days of hospitalization, and one in five needed a ventilator to breathe, according to a new study by French researchers.

Diabetes is one of the underlying health conditions that health experts believe put people at greater risk for developing more severe symptoms of Covid-19 and the study, published in the journal Diabetologia Thursday, seems to confirm this.

The researchers looked at more than 1,300 coronavirus patients in 53 hospitals in France between March 10 and March 31. Most — 89% — had Type 2 diabetes; 3% had Type 1 diabetes; and the rest had other forms of the disease. A majority of the patients were men and the average age of all the patients in the study was 70.

Those with sleep apnea and shortness of breath faced triple the risk of death by day seven and obese patients with diabetes were also more likely to die, researchers said.

Obesity is becoming a major risk factor for bad outcomes both in people with and without diabetes, said Dr. Robert Eckel, the president of medicine and science at the American Diabetes Association, who was not involved in the study.

“The other thing, age and being male, I think both of those two things have been recently and repeatedly validated by other studies. So, basically being above the age of 70 and being male with diabetes and being overweight or obese really had a major outcome on the outcome,” Eckel said.

The researchers said they found no independent relationship between severe cases of Covid-19 and age, sex, long-term glucose control, chronic complications, high blood pressure or unusual medications. Being overweight, as measured by body mass index (BMI) was an important factor, however.

“Only BMI turned out to be independently associated with the primary outcome,” the authors wrote.

“It is well known that people with diabetes have increased infection risk, especially for influenza and pneumonia,” the researchers wrote.

“Moreover, diabetes was previously reported as a major risk factor for mortality in people infected with the 2009 H1N1 pandemic influenza and, more recently, with the Middle East respiratory syndrome-related coronavirus (MERS). Epidemiological studies have quickly and consistently pointed out diabetes as one of the major comorbidities associated with COVID-19 and affecting its severity.”

The researchers found that patients who used insulin and other treatments for modifying blood sugar levels did not have a higher risk for developing a more severe case of Covid-19. They said diabetics should continue these treatments.

Eckels pointed out that this study alone doesn’t necessarily show that people with Type 2 diabetes have a higher risk of getting sicker with Covid-19.

“It may well be that they do. We just don’t have that information to speak clearly to that question,” he said.

The study suggests that special attention should be paid to seniors with long-term diabetes and advanced complications who are at increased risk of severe Covid-19.

“Based on the observation of data, I think, ultimately, one can’t be overly conclusive about it, but it does again validate some other studies indicating diabetes is a predictor for outcome,” Eckel said.

“Older males do worse. I think the obesity factor enters in now and makes this increasingly an important factor,” he said.

“And then people with chronic medical conditions either heart disease, or ultimately obstructive sleep apnea, who present with shortness of breath, what we can say there are these are some observations that I think the health care provider needs to heed in terms of their own practice of medicine that relates to Covid-19 and diabetes.”