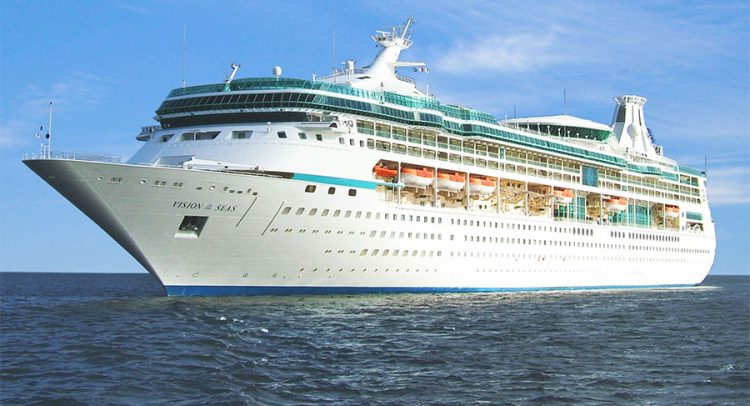 One national of St. Kitts and Nevis employed by Royal Caribbean Cruise line was returned to the Federation on May 21, 2020 via Vision of the Seas.

“Today, we would have seen the arrival of a cruise ship from the Caribbean Cruise line business and it was the Vision of the Seas. Only one citizen disembarked here on St. Kitts,” said Abdias Samuel at the May 21 edition of the National Emergency Operations Center (NEOC) COVID-19 Daily Briefing.

As is mandated by law, every individual entering the Federation of St. Kitts and Nevis since the COVID-19 outbreak will be quarantined for no less than 14 days. This is outlined in the COVID-19 Regulations made under the Emergency Powers Act.

“The cruise ship would have used a tender to bring the national to the pier and then from there the environmental officers would have done their work to ensure that all protocols within the COVID-19 Regulations were followed. The citizen was then taken to the government quarantine facility where they are currently located,” he said. “I was also informed that the citizen was repatriated from the Port of Nassau in The Bahamas and they would have left The Bahamas on the 17th and arrived this morning at approximately 8:30 am in the waters of St. Kitts and Nevis.”

Mr. Samuel noted that the cruise line submitted a request to different countries within the Caribbean who had nationals working within several ships. The request was received through the Ministry of Transport and via the local agent who visited the office of the Chief Medical Officer, which was brought to the attention of the Task Force. The Task Force then provided the Cabinet with the recommendation “as per the operational means in which we wanted the disembarkation of the national.”

He noted that repatriation flights for other citizens continue to leave St. Kitts and Nevis.

“There were two flights that were approved by the Port Authorities and by extension the Task Force and Cabinet ultimately to have repatriation of US and Canadian citizens. The first flight which was managed by Kayan Jet. We had this morning [May 21], two US and two Canadian citizens that would have departed at about 11:52 am to Fort Lauder-dale Florida,” said Mr. Samuel. “Then we had Seaborne that would have arrived to repatriate a total of 27 US citizens from the RLB International Airport. These citizens were repatriated via San Juan and the flight was as a result if a request made by the US Embassy to the Government of St. Kitts and Nevis,” he added.

Photo: VISION OF THE SEAS