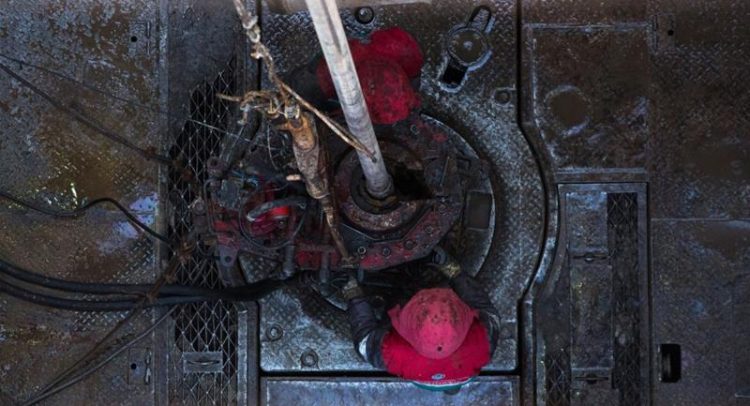 OPEC and its allies edged closer to a consensus on extending production cuts to prop up the oil market, even as wrangling continued for a third day about whether to bring forward their next meeting.

Russia and several other OPEC+ nations favor extending the group’s current production cuts by one month, according to people familiar with the situation. It’s unclear if that’s enough for leading OPEC member Saudi Arabia, though the proposal is within the range of the kingdom’s own call for a one to three-month elongation.

Oil prices have rallied from historic lows since the Organization of Petroleum Exporting Countries and partners put an end to a vicious price war by implementing cuts on a record scale. With a tentative recovery in fuel demand as the world emerges from the coronavirus lockdown, the cartel must now decide how long to maintain tight limits on output.

Fears of a second wave of infections make predictions of a recovery perilous. And at about $40 a barrel, prices are still below what most OPEC+ members need to cover government spending.

Changing Positions
As recently as last week, Russia’s stance was that it didn’t want to extend the cuts and instead favored sticking to the original agreement to ease them from July. But a person familiar with its position said on Tuesday it was advisable to find a compromise. In March, Moscow resisted a Saudi-led proposal to deepen production cuts as coronavirus spread; talks broke down and the kingdom launched a price war that crippled producers and left gaping holes in countries’ budgets.

It’s not unusual for Russia and Saudi Arabia to hold different positions before OPEC+ talks, and on most occasions the two producers have eventually found a compromise.

“We do not believe there will be repeat of the March meltdown,” Helima Croft, head of global commodity strategy at RBC, said in a note. “We think they will seek to split the difference by agreeing to a one to three-month extension.”

Balancing Act
With Brent crude rising past $40 a barrel on Wednesday for the first time since early March, Saudi Arabia and Russia face another challenge as they weigh up how to manage the recovery: U.S. oil shale companies are tentatively re-starting some of their wells.

Parsley Energy Inc., a medium-size shale producer in Permian basin in Texas, on Thursday said it planned to “restore the vast majority of curtailments in early June” amounting to 26,000 barrels a day. And in the Bakken basin, producers have already increased output by about 35,000 barrels a day from the low point of mid-May, according to North Dakota official data.

On Tuesday, OPEC members were still wrangling over when to hold their next meeting. A proposal to bring it forward a few days to June 4 was floated on Saturday, but agreement on when to hold the virtual gathering was still elusive.

Broken Promises
Another sticking point in discussions is the issue of compliance — whether members are implementing the cuts they have already promised, according to delegates. Saudi Arabia, the group’s biggest member, is insisting that countries should report production figures for May, the first month of the OPEC+ coalition’s latest agreement, according to a delegate who asked not to be identified.

Russia, which was often a laggard in the past but has stuck to its pledges this time, is also pushing for any extension to be conditional on compliance. Iraq and Nigeria, who have repeatedly flouted OPEC commitments during the past three years, made less than half of their agreed cutbacks last month, a Bloomberg survey showed on Monday.

His Nigerian counterpart Timipre Sylva posted a similar message on Instagram later on Tuesday. He acknowledged that the West African country only made about half its pledged cuts last month, but promised that crude output will be within its quota by the end of June.

Under the current OPEC+ deal, supply cuts are meant to be eased to about 7.7 million barrels a day in July, followed by an additional tapering at the start of 2021.

Google in $5bn lawsuit for tracking in 'private' mode

What next for Premier League's 'Project Restart'