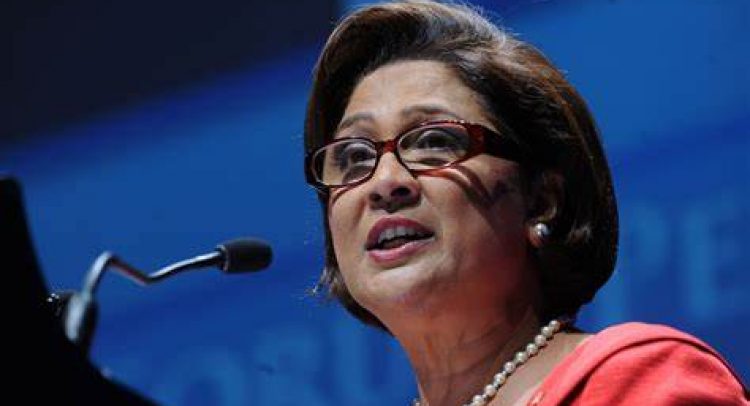 The following is a press release from the Opposition Leader:

As Leader of the Opposition, former Prime Minister and first female Commonwealth Chair in Office I would like to offer my sincere congratulations to the Right Honourable Elizabeth Truss, Secretary of State for Foreign, Commonwealth and Development Affairs as well as Member of Parliament for South West Norfolk on becoming Leader of Britain’s Conservative Party and the next British Prime Minister.

As Britain’s 56th Prime Minister and 3rd female premier, Mrs Truss is well placed to undertake this significant task given her dynamic track record of service to the UK people over the past decades which has seen her become a true development-oriented as well as a people-centred politician.

Having served as Foreign Secretary, Secretary for International Trade, Secretary for Justice as well as Secretary for the Environment, her prolific experience as well as the resilient vision which she has offered over the last few weeks present a strong resilient foundation to deal with the many issues facing the British people, our Commonwealth and the global community.

As Trinidad and Tobago’s first female Prime Minister, I am heartened that yet again another woman has entered the historic doors of Number 10 Downing Street showing that women will continue to break the glass ceiling in all forms of career leadership. As Britain’s first female Prime Minister Lady Thatcher once said “If you want something said, ask a man. If you want something done ask a Woman”

I would also like to offer my sincere wishes to outgoing Prime Minister the Right Honourable Boris Johnson on his future endeavours as we thank him for his service to our Commonwealth.

We wish the British people the best in this new chapter of their history and we in the United National Congress continue to offer our hand and support to forge a better global community.

Teachers not backing down, still boycotting classes as school reopens