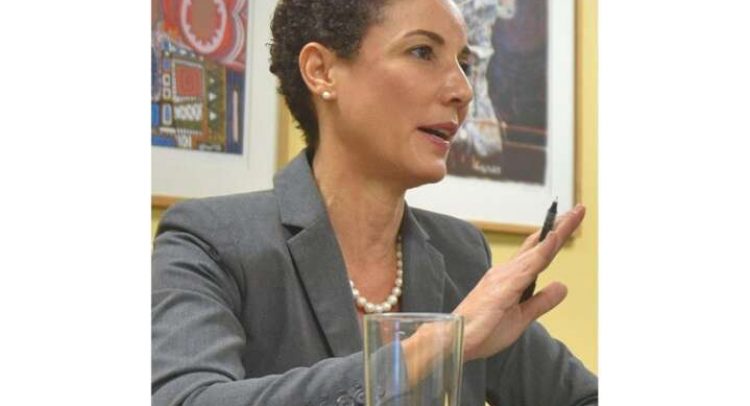 ‘Opposition trying to find ghosts where none exist’

THE Government is insisting that there is no funny business in the multimillion-dollar contract signed with the American firm Finn Partners in relation to duties related to the failed bid by Kamina Johnson Smith for the top job in the Commonwealth Secretariat, despite the waters getting increasingly murky on Wednesday.

On Sunday, the Office of the Prime Minister reported that Finn Partners had been contracted by local private entities for some $15 million to provide public relations, media relations and thought leadership services for Johnson Smith’s campaign. This was in addition to direct spending of just over $18 million by the Government on the bid.

Minister with responsibility for information, Robert Morgan, took to the airwaves after the initial release to argue that the Government had no connection with Finn Partners and was in no position to name the private sector entities which had engaged in the contract with the American firm.

But on Wednesday, a document filed by Finn Partners under the United States Foreign Agents Registration Act (FARA) named Johnson Smith as the ”foreign principal” in relation to the firm’s work with no other person or entity named.

The document, which was filed with the US Department of Justice, and signed by Martin Ettlemyer, chief financial officer of Finn Partners, stated that the company was contracted for public relations strategic counsel, media monitoring, media relations, thought leadership, content strategy and development and was scheduled to begin on April 22, 2022, and end on June 30, 2022.

With the filing by Finn Partners making its way into the public domain yesterday, Opposition spokesperson on justice and information, Donna Scott Mottley, charged that Morgan had misled the Jamaican people when he described the Finn Partners contract as a “private transaction between Jamaican companies and a US company”.

Scott Mottley pointed to the 11-page US FARA filing done by Finn Partners on June 1, which listed Johnson Smith as the sole foreign principal.

“Nowhere in the FARA filing does it mention any Jamaican private sector company as claimed by Minister Morgan, who speaks for the Cabinet of Jamaica,” noted Scott Mottley.

But in dismissing the Opposition’s claim, Morgan noted that under FARA a “foreign principal” is any individual or entity whose primary place of business is in a foreign country,

“Of course Minister Johnson Smith would be listed as the principal as she would be the beneficiary of the lobbying and if you have an understanding of how these declarations work, they have to list the person who benefits from the lobbying.

“The US has a law that anytime one of its companies is working for a foreign agent, as they call it, then they have to declare who that foreign agent is. This document that the PNP is sending around has been in the public domain since June and I have done numerous interviews about it,” Morgan told the Jamaica Observer on Wednesday.

“There seems to be this attempt by the Opposition to try to find ghosts where none exist. We have been very clear as to what we have done and why we did it and this witch hunt that they have launched they need to stop,” charged Morgan.