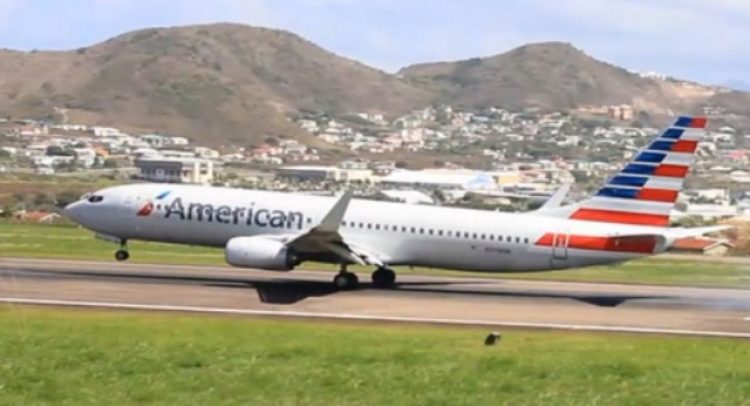 Basseterre, 19th November, 2020, (MyVue News.com)- The worsening COVID-19 situation in the United States and Europe, is continuing to negatively impact the fortunes of Caribbean tourism, including destinations like St. Kitts & Nevis.

Despite the current forecast for more deaths and and higher numbers of cases in the United States, tourism officials in St. Kitts have been upbeat about the prospects of the sector, especially now that international flights have resumed.

Recognizing that the US continues to beat its own records of deaths and cases, tourism planners in Basseterre have also acknowledged that some Americans are also seeking safe destinations to which they can ‘escape’, albeit for a short while, during the busy Thanksgiving and Christmas Seasons.

“Airlines are adding domestic and Caribbean capacity to handle the increased holiday demand, a demand we can see reflected in American’s inbound loads from Miami,” stated Lindsay Grant, who is the Minister of Tourism & Transport for St. Kitts & Nevis.

He said that they are being told by the airlines that they see much shorter booking lead times, as travelers wait until the last minute to make decisions, with some last-minute cancellations as well.

The first commercial flight by American arrived in St. Kitts on Saturday, 7th November, and since then, the airline has added more days to its schedule.

With some level of satisfaction being shared with the new arrivals from the United States, eyes are being focused on the United Kingdom and Canada, though travel from these source centers, is not expected, at any great level, until 2021.

Grant explains that in the UK, a one-month national lockdown aimed at curbing the rapid spread of the virus was put in place on Thursday 5th November, and is scheduled to be lifted on 2nd December, 2020, once the numbers of cases and rapid spread decreases.

With the projected short-term nature of the lockdown, British Airways will have their Winter Sun Campaign, which St. Kitts and Nevis is a part of, in the market, from 9th – 23rd November, 2020, stated the Minister, while addressing parliament this week.

He said that the campaign is to drive awareness and bookings for the Federation from April 2021 to December 2021.

As a partner destination, St. Kitts and Nevis will be allowed a lead in price for a round-trip air travel and 7 nights’ accommodation which will be featured in customized creative on BA’s social media channels and in the press where a specific St. Kitts and Nevis call to action will be listed, outlined Grant.

When it comes to the Canadian market however, the Minister explained that Air Canada has also become a victim of the crisis.

The Air Canada service was scheduled to commence 31st October, then rescheduled for 21st November and the 5th December. However, the airline has since indicated that it will not meet those new dates.

“A 90% decrease in demand from last year caused unsustainable losses and with no indication of government intervention, Air Canada undertook a drastic series of route suspensions. Unfortunately, this included St. Kitts,” explained Grant.

Therefore, added Grant, “There will be no Air Canada flight this year, however, Air Canada’s management has indicated that the flight will resume in the fall 2021. Our pre-pandemic load factors of 86% were excellent and the destination had been active in the marketplace with what Air Canada has called ‘sophisticated’ and forward-thinking” marketing.”