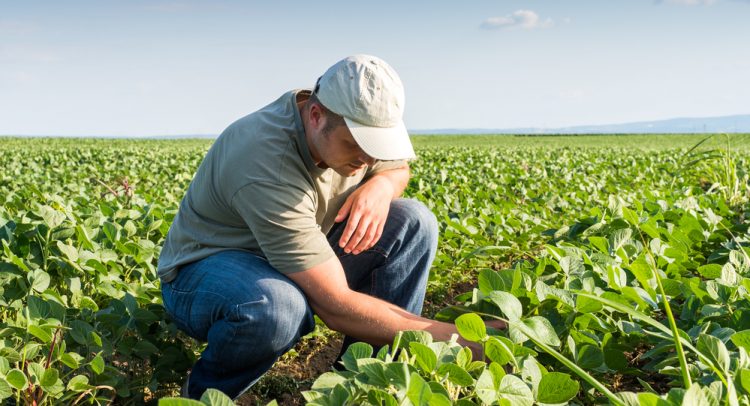 Buenos Aires, 13 September 2021 (IICA). The successful experiences in trade and market penetration of organic farmers in Latin America was the topic of the fourth virtual meeting organized by the Inter-American Commission for Organic Agriculture (ICOA), in the framework of the agreement signed in March by the Inter-American Institute for Cooperation on Agriculture (IICA), the Brazilian municipality of Santa Clara do Sul, and the Peruvian region of Huancavelica.

The agreement provides that IICA, through its delegations in Argentina, Brazil, and Peru, and with the cooperation of ICOA, will provide technical expertise and support Huancavelica and Santa Clara do Sul—both of which are implementing organic agriculture programs—in identifying successful experiences worth sharing.

The fourth virtual meeting held since the agreement took effect was intended to share the experiences in organic agriculture of the province of Catamarca in northwest Argentina and the state of Chiapas in southern Mexico.

“Without a doubt, sharing the successful experiences of our sister countries, all members of ICOA, will drive the development of these initiatives. The challenges facing organic production are huge”, stated ICOA president, Rommel Betancourt.

“From a production point of view, we must develop safe tools to tackle new plagues and diseases”, detailed Betancourt in referring to ICOA’s agenda. “In terms of trade, we must ensure that small-and medium-scale farmers are able to reach consumers”.

“These are experiences to help motivate each other”, explained Graciela Lacaze, Executive Secretary of ICOA, in presenting the meeting.

Santa Clara do Sul mayor Paulo Cézar Kohlrausch underscored that trade and unbridled access to markets are key elements to ensure the growth of organic production in Latin America and raised the importance of a qualified certification process.

“We are seeing the importance of this agreement, because we can see how we are building knowledge and the exchange of experiences has been positive. Moreover, for us, a small municipality, it is helping us to learn more about our job”, added Kohlrausch.

Maciste Alejandro Díaz Abad, Regional Governor of Huancavelica, also referred to the challenges in terms of trade facing small farmers. “People are asking: ‘who is going to buy from us?’ ‘Who are we going to sell to?’ We must open the channels because the pandemic has caused the demand for organic food to increase. Here in Peru, everyone wants natural products”.

During the event, participants learned the story of the municipality of Tinogasta, in the province of Catamarca, in a presentation by Ana Arévalo, Director of Production, and the city’s Agrotechnical School, which trains the local youth in organic production. The School of Agricultural Sciences of the National University of Catamarca in Hualfin also shared what it has been doing since 2016 to advise and support viticulture farmers.

The Minister of Agriculture and Livestock of Catamarca, César Tobías, explained that the province is following organic agriculture very closely. “Ours is a mining province, but we understand the importance of promoting alternative projects that complement the mining sector”, assured Tobías.

“With organic agriculture, we have the opportunity to enter a market in which demand is growing faster than supply, due mostly to the time it takes to get certified”, he explained. “We aid farmers in improving their quality, better managing their costs, and accessing trade channels. We are willing to make this a state policy”.

The Mexican state of Chiapas shared two of its most successful initiatives in organic trade. The first was the case of Café Orgánico de Chiapas and its contribution to improving the livelihoods of farmers and the second was the experience of Vitalapia, an initiative aimed at making healthy fish available to Mexican consumers.