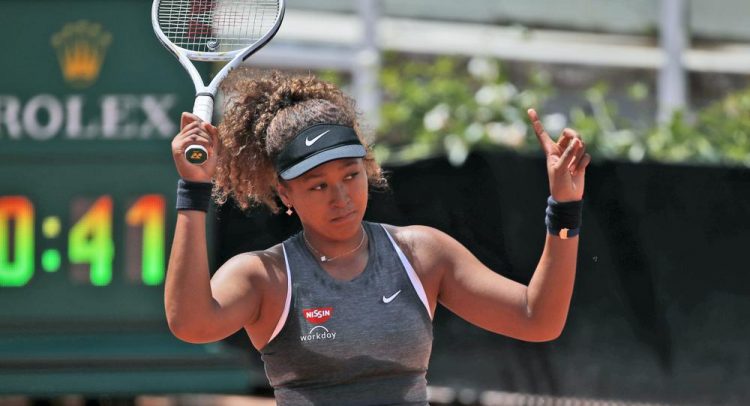 Most athletes are comfortable talking about injuries, so long as they can point to a bruise, a bandage, a cast or a spot on an X-ray. Some will even venture an educated guess at how long they might take to heal. Their mental health is a different story.

Or at least it was before Naomi Osaka ended a damaging standoff with top tennis officials by withdrawing from the French Open earlier this week, citing concerns for her well-being. It marked the first time a major star walked away from a major tournament without a visible injury. Judging by the reaction, it appeared Osaka landed on the third rail of sports.

Other athletes, notably Olympian Michael Phelps, spoke candidly about mental-health issues before. Some, like Los Angeles Lakers great Jerry West, detailed their struggles in books only after their playing days were long over. Still others wrestled that tortured secret for a lifetime.

None of them sparked a conversation this wide, in no small part because of what was at stake and a very public back-and-forth that played out on social media. How much more oxygen it draws going forward likely depends on Osaka, already a four-time major champion at age 23; whether more athletes follow her lead; and if so, how fans and the sports establishment react.

“When someone tears an ACL, it’s 6-8 months, we know the time frame. And like with everything else in life, we want a finite number. But that’s not how mental health works,” said Dr. Wendy Borlabi, a Chicago-based performance psychologist who works with pro, Olympic and college athletes.

“People are different, we experience things differently, but we all want the process to say, ‘This is what you do to get better.’ … It’s not that simple. There’s no ‘one-size-fits-all,’” she continued. “But the more we talk about mental health in the open, the more we put the stigmatism behind us, especially in sports. This is a big opportunity.”

There’s a long list of athletes who could have benefitted from the chance. Some may still.

In recent years, NBA players Kevin Love and DeMar DeRozan and the WNBA’s A’ja Wilson have spoken very publicly about their bouts with depression, sharing both the successes and setbacks. Baseball fans of a certain age remember the late Jimmy Piersall, portrayed in the move “Fear Strikes Out,” and whose 17-year major league career was littered with well-publicized fistfights, scrapes and stunts — all while he was battling bipolar disorder.

Piersall parlayed his relative fame into a second career in broadcasting and scouting, suggesting that some of the stunts he pulled were just that — stunts — to fulfill the public’s perception of him.

“Probably the best thing that ever happened to me was going nuts,” he wrote in his autobiography. “Who ever heard of Jimmy Piersall until that happened?”

Mental-health specialists who work in sports remind the rest of us that the visibility afforded athletes is both a blessing and a curse. There’s precious little privacy, and every doctor’s note seeking time off scrutinized like a tax return. Imagine having a bad day at work and then sitting down in front of a dozen microphones to explain in detail how and why it happened, over and over.

That’s why those same specialists note that by the time an athlete is acting out, the injury has already occurred.

“Athletes get attention precisely because they’re above average, and sometimes it’s easy to forget they’re humans first. They’re supposed to be dominant and not show vulnerability, yet in most cases we don’t learn they’re struggling until it shows up in their behavior,” he added.

“That’s why what Naomi did was brave. She was proactive. She recognized something was holding her back and said, “I want to be at my best and I can’t be that at the moment.’”

Whether Osaka’s example and a growing public awareness about mental health issues encourage athletes facing similar problems to more forcefully speak out, the people running sports would do well to prepare. While most of Osaka’s contemporaries defended the requirement that players engage with the media to help grow the game, no more than a handful actually enjoy the give-and-take dynamic.

And right on time came further proof that media obligations can be damaging to a player’s health. No. 11 seed Petra Kvitova, herself a two-time major champion, announced she, too, had withdrawn from the tournament after falling and twisting her ankle on the way back from — what else? — “my post-match press requirements.”

FILE – In this May 12, 2021 file photo, Naomi Osaka of Japan reacts after losing a point against Jessica Pegula of the United States during their match at the Italian Open tennis tournament, in Rome. Osaka’s declaration that she won’t participate in news conferences during the French Open is a natural topic for discussion on tournament media day in Paris. Other players say they understand Osaka’s stance and respect her choice. (AP Photo/Alessandra Tarantino, File)

Newer methods may boost gene therapy’s use for more diseases