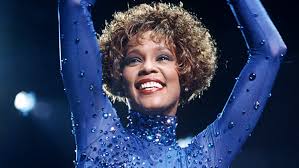 Kevin Macdonald’s new documentary Whitney contains some major revelations about the late singer’s life and career, from her pre-fame romance with Robyn Crawford to charges of childhood sexual abuse committed against her by a first cousin, Dee Dee Warwick. Here’s another story you may not have been aware of: In the early ’90s, Houston was at the center of a kidnapping scheme dreamed up by none other than Osama bin Laden. Macdonald disclosed that wild story — one that he cut from the finished film — in a recent interview with Yahoo Entertainment. (Watch our video above.)

As the director explained to us, it was Houston’s recording of the Dolly Parton song “I Will Always Love You” that put her on the al-Qaida leader’s radar. First heard by moviegoers in the 1992 blockbuster The Bodyguard — the romantic drama that paired Houston with Kevin Costner — Houston’s version of “I Will Always Love You” became a smash sensation around the world, from Burbank to Baghdad. “There’s an amusing bit in the film where you learn how Saddam Hussein used the song as the soundtrack to his last supposedly democratic election in Iraq before the invasion,” Macdonald says. Bin Laden loved the song as well, so much so that — according to one of his ex-girlfriends — he openly mused about organizing a squad tasked with the mission of assassinating Houston’s then-husband, R&B singer Bobby Brown, and kidnapping her. “That has some way of showing the impact of the song,” Macdonald says.

It’s worth noting that The Bodyguard made an impression on global audiences as well, in the way it presented an interracial romance without ever making race an issue. “It’s a really significant moment in pop culture in the same way that Whitney’s performance of ‘The Star-Spangled Banner’ was. This was a moment where the biggest star in the world at that time, who was Kevin Costner, he decided that he wanted to cast Whitney Houston — who had never been in a movie before — as his co-lead. He was totally colorblind about it. It’s about this unrequited love between these two people, and in the end there’s this big romantic kiss. In the cinemas in South Africa, they cheered for that moment.”

Adidas vows to use only recycled plastics by 2024