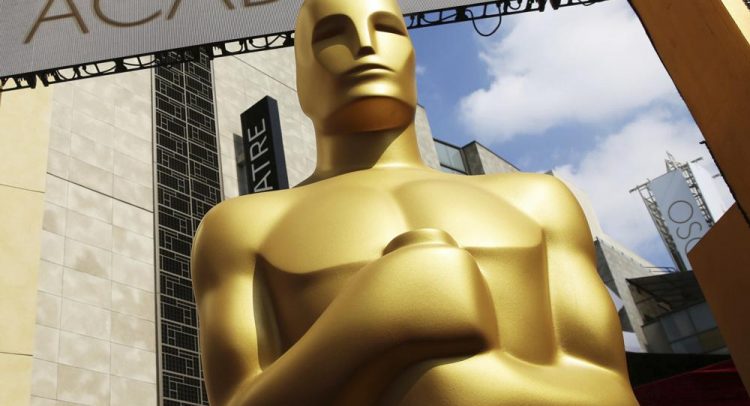 Oscars slim down, will hand out 8 awards ahead of broadcast

NEW YORK (AP) — To combat slumping ratings, the Oscars are undergoing a radical slimming down, with eight awards to be presented off-air during next month’s telecast of the 94th Academy Awards.

In a letter sent Tuesday to members of the Academy of Motion Pictures Arts and Sciences, the group’s president, David Rubin, said that the awards for film editing, production design, sound, makeup and hairstyling, music (original score) and the three short film awards (documentary, live-action and animated) will be presented at the ceremony before the March 27 live broadcast begins on ABC.

Now, instead of starting the ceremony and broadcast all at once, the Dolby Theatre ceremony will begin an hour before the telecast does. The presentation and speeches of those early eight winners will be edited and featured during the three-hour live broadcast, which Rubin emphasized would still provide each winner with their “Oscar moment.”

“When deciding how to produce the Oscars, we recognize it’s a live event television show and we must prioritize the television audience to increase viewer engagement and keep the show vital, kinetic, and relevant,” wrote Rubin. “This has been an important focus of discussion for quite some time. We do this while also remembering the importance of having our nominees relish a once-in-a-lifetime experience.”

The possibility of pulling some of the Oscars’ 23 categories from the broadcast has long been a matter of debate. In 2019, the academy initially sought to air four categories — cinematography, editing, makeup and hairstyling and live-action short — in a shortened, taped segment. But after a backlash ensued, the academy reversed itself days before the show.

But ratings have continued to fall. Last year’s broadcast, severely altered by COVID-19, plummeted to an all-time low of 9.85 million viewers. (In 2018, 29.6 million watched.) Pressure has mounted not only with the Oscars’ longtime broadcast partner, ABC, but within the academy to innovate a cultural institution that has long resisted change.

This year, after several host-less Oscars, producers are turning to the trio of Amy Schumer, Regina Hall and Wanda Sykes to emcee. The show, produced by Will Packer, will also recognize the favorite movie as voted on by fans on Twitter.

In remaking the Oscars to be less of a march through awards, the Academy Awards will become a little more like the Tonys and the Grammys, which have similarly shrunk the number of awards handed out during their telecasts. That hasn’t stopped a ratings slide for either, though. Both the Tonys and the Grammys notched new viewership lows in 2021. Some have argued that no tinkering can stem the tide against any network television broadcast in a more diffuse, streaming media world.

Rubin pledged the revamped broadcast will be “tighter and more electric” because of the category shifts but also promised one eyebrow-raising tweak from last year’s ceremony won’t return: The show will again end with the award for best picture.

FILE – In this Feb. 21, 2015 file photo, an Oscar statue appears outside the Dolby Theatre for the 87th Academy Awards in Los Angeles. (Photo by Matt Sayles/Invision/AP, File)

US vaccination drive is bottoming out as omicron subsides