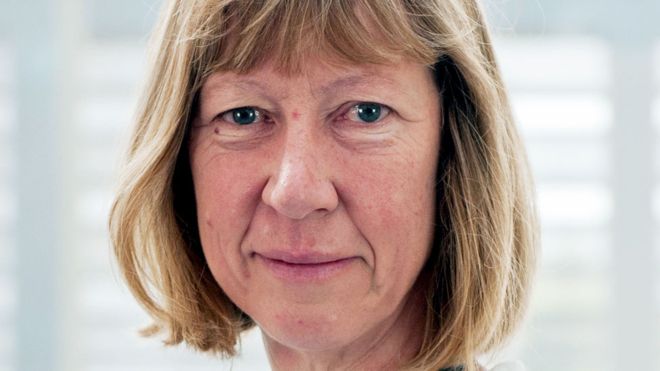 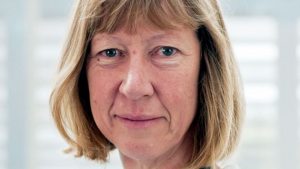 Oxfam’s deputy chief executive has resigned over the handling of a sex scandal involving aid workers.

The British charity is accused of concealing the findings of an inquiry into claims staff used prostitutes while delivering aid in Haiti in 2011.

Penny Lawrence said she was “ashamed” and takes full responsibility.

Oxfam – which denies a cover-up – has met with the International Development Secretary in a bid to prevent its government funding from being cut.

Ms Lawrence joined Oxfam GB in 2006 as international programmes director, leading teams across 60 countries, according to the charity’s website.

“Concerns were raised about the behaviour of staff in Chad as well as Haiti that we failed to adequately act upon,” she said in a statement.

“It is now clear that these allegations – involving the use of prostitutes and which related to behaviour of both the country director and members of his team in Chad – were raised before he moved to Haiti.”

The allegations emerged in The Times on Friday, which said Oxfam’s country director for Haiti, Roland van Hauwermeiren, used prostitutes at a villa rented for him by Oxfam in the aftermath of the 2010 earthquake.

According to the paper, Oxfam knew about concerns over the conduct of Mr van Hauwermeiren and another man when they worked in Chad before they were given senior roles in Haiti.

Oxfam said allegations that underage girls may have been involved were unproven.

Widza Bryant, who worked in HR for Oxfam in Haiti from 2009 for three years, said she shared “ongoing rumours” about locals being exploited with her boss “on many occasions”.

She told BBC News: “There were a lot of rumours on the ground about management and leaders exploiting the locals sexually and in other ways to get jobs and to have good standing.”

Mark Goldring, chief executive of Oxfam GB, admitted failings to act on complaints and when it allowed Mr van Hauwermeiren to move onto another post after allegations were revealed.

“At that time the use of prostitutes was not explicitly contrary to Oxfam’s code of conduct – bringing Oxfam into disrepute in any way abusing people who may have been beneficiaries of course was.”

He said: “There was an exploration of how should the organisation respond but we didn’t act on it.”

The European Commission has said it expects full clarity and maximum transparency from Oxfam, adding that it is ready to “cease funding any partner not living up to high ethical standards”.

International Development Secretary Penny Mordaunt said Oxfam had apologised for its “appalling” behaviour and that the government had not been told at the time the allegations involved sexual misconduct or beneficiaries.

Oxfam has been told to tell the Department for International Development by the end of the week how it will handle any future allegations around safeguarding or it faces losing government funding.

Ms Mordaunt also called for clearer whistle blowing policies across the charitable sector and launched an urgent review into safeguarding and aid providers.

The Innocent drinks company – one of Oxfam’s corporate sponsors which donates around £100,000 per year- said it wants to see a clear plan “for how this could not ever happen again”.

The charity has since postponed a “Fashion Fighting Poverty” event, which had been due to take place as part of London Fashion Week on Thursday, saying it was not the “right time” at present.

Oxfam’s own investigation in 2011 led to four people being sacked and three others resigning, including Mr van Hauwermeiren.

It produced a public report, which said “serious misconduct” had taken place in Haiti – but did not give details of the allegations.

Oxfam chief executive Mr Goldring told the BBC that describing exact details of the behaviour at the time could have drawn “extreme attention” to it, which he said would have been in no-one’s best interest.

Michelle Russell, director of investigations at the Charity Commission – which will also be part of the talks – told BBC Radio 4’s Today programme officials had been “assured” Oxfam had investigated it “fully”.

However, she said the watchdog was not told the full story at the time of the investigation.

“Had the details of what has come out been told to us, we would have dealt with this very differently,” she added.

Oxfam has faced growing criticism of the way it handled the allegations of misconduct by its staff in Haiti, where they were working in the aftermath of the huge earthquake that devastated the country in 2010.

On Sunday, Ms Mordaunt told the BBC’s Andrew Marr the charity did “absolutely the wrong thing” by not reporting details of the allegations and that no organisation could be a government partner if it did not “have the moral leadership to do the right thing”.

Ahead of the government meeting, Oxfam announced new measures for handling of sexual abuse cases, saying it would introduce tougher vetting of staff and mandatory safeguarding training for new recruits.

Oxfam’s chairman of trustees, Caroline Thomson, said the charity’s board had appointed a consultant earlier this year to review its culture and working practices, which would now be extended.

Israel squares off for showdown with Iran in Syria