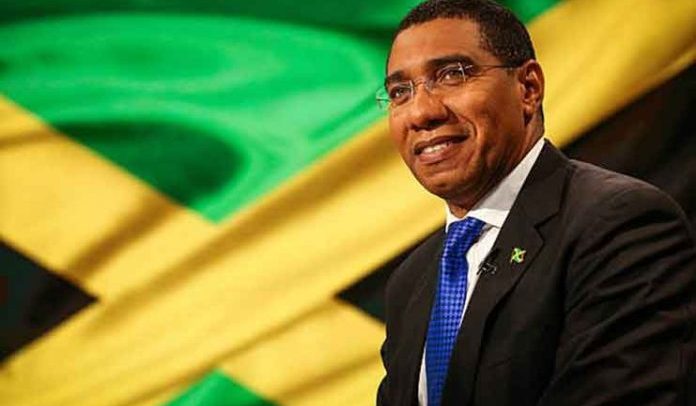 CHALLENGES in implementing the CARICOM Single Market and Economy (CSME), the Bruce Golding Commission report on Jamaica’s relations within CARICOM and the building of post-hurricane disaster resilience are among critical issues up for discussion when the 39th Regular Meeting of the Conference of the Heads of Government of the Caribbean Community opens in Jamaica today.

The high-level regional conference is being held at the Montego Bay Convention Centre under the chairmanship of the Prime Minister of Jamaica, Andrew Holness. CARICOM Secretary-General, Ambassador Irwin LaRocque, said an extensive discussion will be held on the measures impacting implementation of the CSME. Is the CSME overly ambitious? Is there political will and courage to continue the progress on the CSME?

Why is there a deficit in the implementation of decisions? Those were some of the questions posed at a Stakeholder Consultation on the Single Market and Economy in Georgetown, Guyana in June, and according to the secretary- general, concerns and recommendations out of that forum will be presented during the discussions with the heads of government.

Disaster management
Disaster Management and Climate Change is another major item on the agenda. Ambassador LaRocque said even as the effects of the last season’s hurricanes are still being felt in the affected states, the Region must prepare to deal with more intense, more frequent mega storms as forecast.

“These discussions will be taking place against the background of the need to build a climate-resilient community. The effects of climate change are a major challenge, quite apart from the mega storms. Other effects such as prolonged droughts and unseasonal, heavy rainfalls also require us to examine our preparedness,” he said, while addressing journalists at a news conference at the Jamaica Pegasus on Monday.

In the lead-up to the Heads of Government Conference, the Caribbean Disaster Emergency Management Agency (CDEMA) conducted a series of meetings, in Montego Bay, on building resilience and disaster risk management. The results from those sessions, Ambassador LaRocque said, will be reported to the regional leaders when they meet. They will also be briefed on the support being offered by the international community in this regard.

In addition to the Bruce Golding Commission report on Jamaica’s relations within CARICOM, which includes 33 recommendations, the heads of government will consider the report of the Regional Commission on Marijuana (RCM) and possibly decide on a way forward.
The RCM, which conducted an investigation into the social, economic, health and legal issues surrounding the use of marijuana in the Caribbean, has recommended that marijuana be decriminalised in CARICOM member states, but in controlled amounts as in the case of alcohol.

The Council for Finance and Planning (COFAP), which has responsibility for economic policy coordination and financial and monetary integration, and which comprises Finance and Economic Development Ministers, will present its economic policy recommendations to the heads for deliberation.

The Prime Ministerial sub-Committee on External Trade Negotiations, under the Chairmanship of Prime Minister Holness, will also consider critical issues pertaining to the Community’s trade relations with Third states. Crime and Security in the Region; the blacklisting of some CARICOM member states considered by the European Union (EU) as Non-cooperative tax jurisdictions, BREXIT, post COTONOU arrangements and Non-Communicable Diseases (NCDs) are among other topics that will be discussed as the heads of government meet in Jamaica.

The CARICOM Secretary-General has assured that decisions coming out of the conference would be made public, acknowledging that there is need for more information dissemination. “We are moving in the direction of publishing the decisions of the heads of government…We intend to publish the decisions of the heads of government, and that’s a start in being more transparent in terms of what the Heads have decided, going forward,” Ambassador LaRocque said.

Mottley takes the stand
At the opening ceremony today, the conference will welcome its newest member, the Prime Minister of Barbados Mia Mottley, who was elected to office following the country’s May 24 general election, in addition to Prime Ministers Dr. Keith Mitchell of Grenada and Gaston Browne of Antigua and Barbuda, who were re-elected to office following general elections held earlier in the year.

These heads will address the opening ceremony, along with the outgoing chairman of the community, President Jovenel Moise of Haiti; the incoming Chairman, Prime Minister Holness; and the CARICOM Secretary-General, Ambassador Irwin LaRocque. Heads of government will meet in plenary and caucus on July 5 and 6 to deliberate on the items listed on the agenda. President David Granger will lead the Guyanese delegation.

Notably, President of the Republic of Chile, Sebastián Piñera and President of Cuba, Miguel Díaz-Canel, will make guest appearances at the conference. The regional leaders will engage the Chilean President on areas of common interest, including disaster management, climate change, and sustainable use of oceans while they will engage their Cuban counterpart on CARICOM-Cuba relations and on issues of mutual importance. Just before the Heads of Government Conference opens today, the new President of the Caribbean Court of Justice (CCJ), Justice Adrian Saunders, will be sworn in Montego Bay. He replaces Sir Dennis Byron.