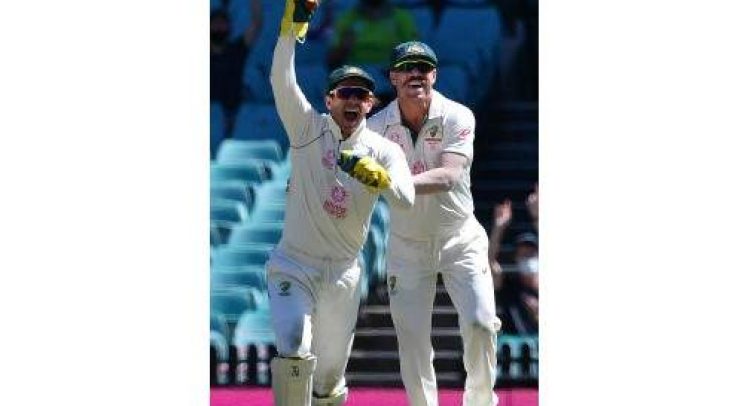 Sydney , Australia (AFP) — Former Test players condemned Australia skipper Tim Paine for sledging India’s Ravichandran Ashwin from behind the stumps as the tourists hung on a draw in Sydney yesterday.

Stump microphones picked up the attempt by Paine to unsettle Ashwin who replied with barbs of his own and then with important runs on the fifth and final day of the third Test.

“We can’t wait to get you to the Gabba,” Paine started.

Ashwin replied: “Just like we want to get you to India. It’ll be your last series.”

Paine then said: “At least my teammates like me” and added an expletive.

Ashwin stepped away from the crease for a second, but then continued with his innings as he batted more than two hours to finish not out on 39 as India salvaged a draw.

“Let’s be honest the captain of Australia since sandpaper gate has led this team with great distinction, attitude & never once has he crossed the line of negativity in my eyes,” Vaughan wrote on Twitter.

“…but today his language behind the stumps & sledging today was back to the old days !! Very very poor !!”

Former Australia batsman Michael Hussey said he “didn’t like it” but added “it (the verbal volleys) didn’t overstep the mark”.

Ashwin stood firm with Hanuma Vihari as the duo took India to safety at close of play with their 62-run stand in 269 balls. India finished on 334-5 chasing a daunting target of 407.

India Captain Ajinkya Rahane said he was not too concerned with the chatting in the middle “as long as it stays on the field”.

In another bit of controversy, videos suggested that Steve Smith scuffed up the batsman’s guard at the crease.

A view of the stump camera showed Smith shadow batting and then apparently rubbing off the pitch marks — made by the batsmen to judge where they stand — with his boots.

But it was not clear whether Smith’s act was intentional.

Wicketkeeper-batsman Rishabh Pant then took fresh guard as he went on to hit an attacking 97.

Former India opener Virender Sehwag said the Aussies tried “all tricks” but to no avail.