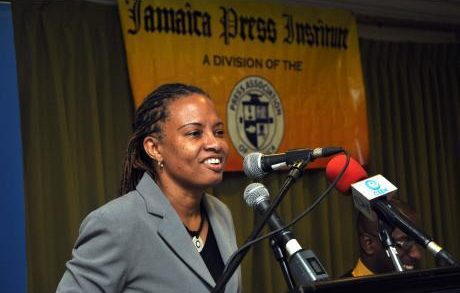 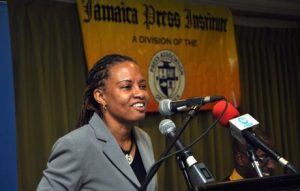 The Press Association of Jamaica (PAJ) yesterday called for the practice of journalism to be exempted completely from the provisions of the Data Protection Act now being examined by a joint celect committee of Parliament.

The PAJ, in a news release, said it had several problems with the Bill, albeit that section 37 exempts journalism from some provisions of the data processing regime.

The concerns are that:

• enactment of the Bill in its current form is likely to generate challenges to publication of important stories which will necessitate expensive and time-consuming court proceedings;

• attempts will be made to use the courts to impose prior restraint — preventing the publication of material which is inimical to freedom of the press; and

• decisions under the Act are those of the all-powerful data commissioner, an agent of the State.

“The PAJ took two approaches to its presentation,” the release reports President Dionne Jackson Miller as telling the committee.

“On the one hand, our preferred and overarching recommendation is for journalism to be exempted entirely from the provisions of the Act. Having said that, however, we also drilled down into the specific provisions we find problematic and made recommendations for amendment of each of those,” she said.

Jackson Miller told the committee that although the recommendation that journalism be exempted entirely sounds far-reaching and bold, it is not so in actuality, for two reasons.

“The PAJ maintains that Jamaica’s stringent defamation law regime already addresses this issue, and there is therefore no need for additional legislative restrictions,” Jackson Miller explained.

The second reason is that under the Bill, as it exists, so-called “special measures” activities, journalism, and literary and artistic pursuits are already exempted from significant and substantial portions of the Act, namely all the data protection standards, except standard 7, and sections 6, 10, 12, and 13 (3) and (4).

She said that despite the existing exemptions, the PAJ nonetheless still has concerns about specific provisions of the Bill as follows:

• Sections 15 and 16, which require registration of data controllers and give the minister the power to decide who should not be registered with the only criterion being “processing …unlikely to prejudice the rights and freedom of data subjects”.

“The PAJ regards this as having the potential to provide a ‘Big Brother’ type of oversight which is likely to be inimical to investigative journalism.

“We recommend that journalism be exempted from these sections, and that consideration be given to stipulating specified categories of data processors to be registered,” Jackson Miller said.

Section 19 is also problematic as it applies to “specified processing”, being processing as appearing to the minister to be particularly likely to cause substantial damage or substantial distress; or to otherwise significantly prejudice the rights and freedoms of data subjects.

The concerns are the extreme subjectivity of terminology and the lack of a public interest test.

“The PAJ regards it as being unacceptable to place this type of decision in the minister’s hands, and believes that it creates a situation where the political directorate is being given power to stymie investigative journalism,” Jackson Miller stated, adding that the association’s recommendation is to exempt journalism from section 19.

“We also have concerns about the tremendous power the data commissioner will wield, and the establishment of that office as a body corporate. We believe a more suitable iteration would be as a commission of Parliament, accountable to and responsive to Parliament,” Jackson Miller added.

“This creates the risk that where data are held by organisations for more than one purpose, the exemption cannot be claimed,” the PAJ president argued.

“We recommend the removal of the word “only” wherever it appears in connection to journalism and the other special purposes. We believe the Bill gives the commissioner a superintending role in relation to journalism in determining whether publication would be in the public interest,” she said.

“This is an unhealthy situation for democracy, and deeply problematic for a free press.”

EIGHT HONOURED FOR THEIR STERLING CONTRIBUTIONS TO THE DEVELOPMENT OF ST. KITTS AND NEVIS