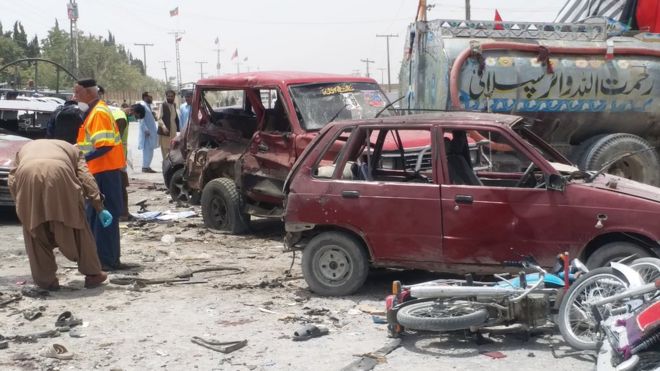 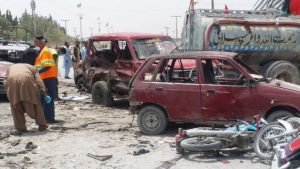 Violence has erupted as millions head to the polls in Pakistan, with at least 31 dead in the worst attack, a bomb in the city of Quetta.

Opinion polls suggest the election battle will be between the parties of ex-cricket star Imran Khan and the disgraced former PM Nawaz Sharif.

But the campaign has been overshadowed by concerns of fraud and violence.

The Human Rights Commission of Pakistan says there have been “blatant” attempts to manipulate the polls.

Mr Khan has vowed to tackle corruption but his rivals accuse him of benefiting from alleged meddling by the military, which has ruled Pakistan for nearly half of its history.

Mr Sharif, who won the last election, has been jailed for corruption after a scandal stemming from the Panama Papers leak.

How bad is the violence?

Despite tight security, with hundreds of thousands of troops and police officers deployed across the country, there have been incidents.

Officials say the attack in Quetta, in Balochistan province, was the work of a suicide bomber targeting police at the gate of a polling station. The Islamic State (IS) group said it was behind the attack.

An IS-claimed attack targeting a political rally earlier this month in nearby Mastung killed at least 149 people.

On Wednesday, there were reports of a death in a grenade attack in Khuzdar, also in Balochistan, and another in a shooting between political rivals in Swabi, Khyber Pakhtunkhwa province.