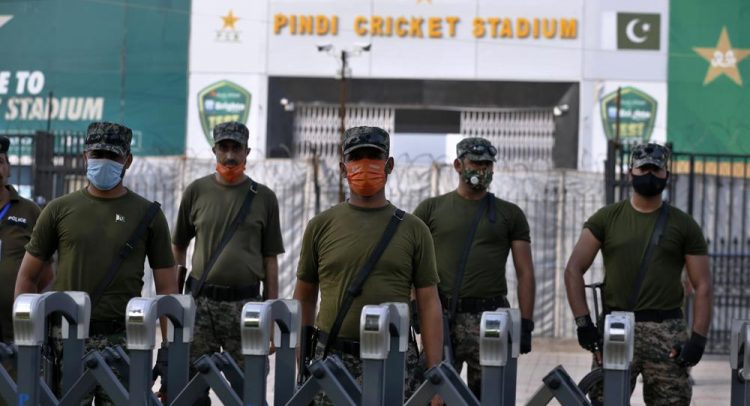 ISLAMABAD (AP) — Pakistan has accused an unnamed individual in India of sending threatening emails that caused New Zealand to abandon its cricket tour in the country.

New Zealand scrapped its tour to Pakistan moments before the start of the first one-day international in Rawalpindi last Friday, citing a specific threat to its cricket team. New Zealand did not share the details of the threat with Pakistan.

The England and Wales Cricket Board followed New Zealand on Monday by canceling both its men’s and women’s cricket tours to Pakistan next month.

Chaudhry claimed that New Zealand received threatening emails before it arrived in Pakistan on Sept. 11, including an email sent to the wife of Martin Guptill in which the opening batsman received a death threat.

The information minister said Pakistan’s initial investigations revealed that the device from which an email to Guptill’s wife was sent was also registered in India.

Chaudhry said Pakistan will seek help from the INTERPOL to probe the matter.

“We believe this is a campaign against international cricket,” Chaudhry said.

The British High Commissioner in Pakistan wrote on Twitter that he had not advised against the tour on security grounds and that the ECB took the decision on its own.

“The British High Commission supported the tour; did not advise against it on security grounds; and our travel advice for Pakistan has not changed,” Christian Turner said. “This was a decision made by the ECB, which is independent of the British government based on concerns for players welfare.”

England is scheduled to tour Pakistan for test and limited-overs matches late in 2022 and Turner said he “will redouble my efforts in advance of England’s Autumn 2022 tour.”

‘The future is raising its voice’: A dire mood at UN meeting