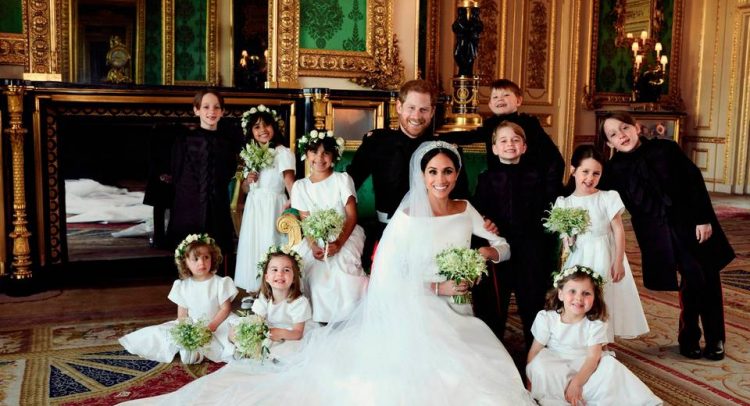 Alexi Lubomirski’s images include a family portrait of the couple with Queen Elizabeth II, Prince Charles, Prince William and their spouses, as well as Markle’s mother and the children who served as bridesmaids and page boys.

A second image shows the Duke and Duchess of Sussex, as they now are known, just with the children.

The newlyweds also posed for a less formal black and white photo.

The palace said Monday that the pair “feel so lucky to have been able to share their day with all those gathered in Windsor and also all those who watched the wedding on television across the U.K., Commonwealth, and around the world.”

Perhaps getting married to a U.S. television star helps in the royal wedding ratings.