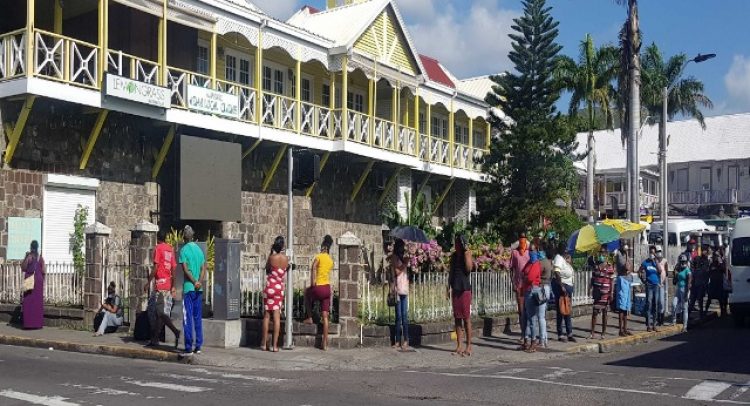 BASSETERRE, 20th May, 2021, (MyVue News.com)-Chief Medical Officer for St. Kitts & Nevis, Dr. Hazel laws, has now confirmed that the latest COVID-19 case that was announced on Wednesday, 19th May, 2021, “Is probably the start of a cluster of cases.”

She indicated that her medical team has been kept extremely busy throughout Thursday, (20th May), and over 20 persons who came into close contact with the 46th case have since been placed in quarantine.

Doctor Laws added that over 100 samples have so far been taken from hotel employees, where case 46 worked, and they are awaiting the results of those tests, and when received, will act in accordance with the information.

There was a hint in the CMO’s language, however, that citizens should do all that is required to avoid stricter measures, including curfews and lockdowns.

“Lockdown is last resort,” and we would only go there if results of testing require such actions, said the Chief Medical Officer. But Laws made it clear that she is personally preparing herself for any course that may be required if there is a worse case scenario.

Again, she pleaded with citizens to continue wearing masks, sanitize and practice social distancing. In addition, the CMO made another appeal for Kittitians and Nevisians to step forward to get vaccinated, which she remnded remains the best option to protect lives.

As at Wednesday, 19th May, some 19,320 had received the first dose, while 4,572 of these have gotten their second doses and are now fully vaccinated.

Meanwhile, hundreds across St. Kitts & Nevis took to local supermarkets and shops on Thursday afternoon in a panic move, expecting a possible “lockdown”.

Just a few days prior, the Whit weekend had been billed as along holiday period of fun and frolic, with events scheduled throughout St. Kitts & Nevis.

The advertisements were already making the rounds on mainstream and social media and the buzz was obvious.

Even the political parties, including those of the Co-ruling People’s Action Movement, (PAM), led by Deputy Prime Minister, Shawn Richards, and the People’s Labour Party, (PLP), of Prime Minister Timothy Harris, were gearing up for their own major activities over the upcoming weekend.

Drinks were already being ordered and deposits paid, in some cases to entertainers, while the venues for some of these events were starting to enter preparation phase.

Then in one short sentence all of that was turned upside down. CANCELLED!

Therefore, instead of party preparations, it quickly became a grocery shopping spree.

Many reflected on the announcement made by the police, and the “talk of the town” grew louder on Thursday afternoon, especially after another COVID-19 briefing was being advertised, for the second straight day.

Some questions on the minds of residents were, “are more cases coming and will curfews return?”

Police Superintendent, Cromwell Henry, acting on behalf of the Commissioner of Police, Hilroy Brandy, delivered the bad news on Wednesday to the event organizers, partygoers and the public at large.

“In light of the announcement by the CMO, Chief Medical Offic and acting on the advice of the National COVID-19 Task Force, the Commissioner of Police has directed that effective immediately, all approved events are cancelled until further notice.”

Henry indicated that emails will be sent to all persons who had previously gotten approvals, confirming that permission has been withdrawn.

He added that organizers of sporting events that had recently been promised a capacity attendance of 50% for their events, will also now see this being cancelled.

Henry said the decision of the police was taken in the interest of public health.

Stocks move higher on Wall Street after 3 days of losses