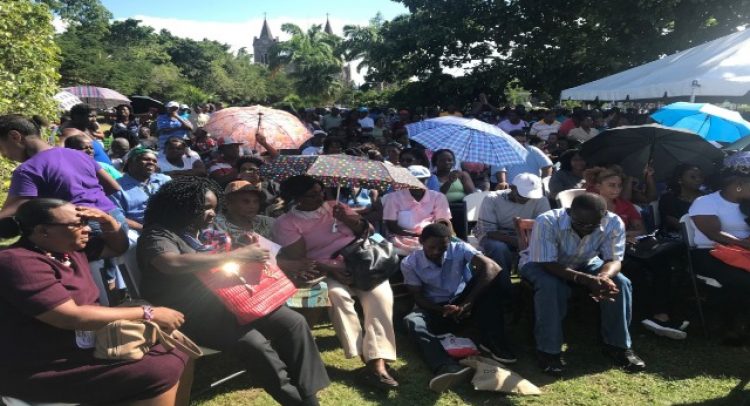 PAP Operations to move from Sustainable to Social Services

Basseterre, Tuesday, 13th September, 2022, (My Vue News. com)-It has now been confirmed that a decision has been taken to reallocate the operations of the PAP Programme, from the Ministry of Sustainable Development, where it was managed under the former minority administration of the PLP, to the Ministry of Social Services, where it had been formally budgeted for implementation before the TEAM UNITY Government fell apart.

Speaking recently to the Government Information Service, Acting Permanent Secretary in the Ministry of Sustainable Development, Shezrilita (Shez) Dore-Tyson, revealed that the Prime Minister has indicated that this new service (PAP) will be transferred to the Social Services Department.

Dore-Tyson, who recently assumed the position of Acting Permanent Secretary, said that her new team met almost 10 feet of PAP applications waiting to be processed.

The plan, she said, is to digitize all applications to allow for greater transparency and accountability. The information will be put into a new database to facilitate a smoother transition to the new department that would be directly responsible for the programme.

“They were just packed in files and put on the side,” said the Permanent Secretary.

The ministry official said that they have witnessed increased foot traffic in recent weeks.

The PAP Programme was launched in 2018 to help families who were facing severe economic challenges.

Photo: Section of the crowd at the December 2018 launch of PAP.