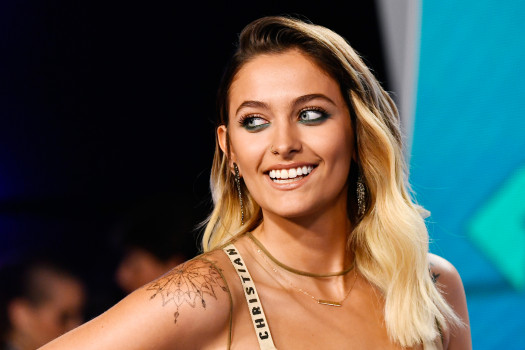 Paris Jackson has considered herself a member of the LGBTQIA+ community for years, tweeting last month that she was surprised when a news story in which she confirmed her bisexuality was treated by many as her coming out. Now she’s expressing surprise on Twitter again, this time because a writer for Gay Star News has accused her of betraying that community.

In an editorial called “Paris Jackson’s Harper’s Bazaar Singapore Cover is Hypocritical,” writer Jamie Tabberer questions why Jackson would choose to appear on the cover of a magazine in a country where sex between two men is illegal and punishable by up to two years in prison. After seeing Jackson post the cover to Instagram with no mention of Singapore’s gay rights problems, Tabberer wrote, “Perhaps Paris does address the problematic nature of her magazine appearance; perhaps she uses it an an opportunity to draw attention to sexual inequality in Singapore and around the world,” admitting he hadn’t read the cover’s accompanying article. “But even if she has, that’s immaterial. What matters the most is the missed opportunity of that Instagram post; of the sorely lacking caption.”

Jackson, it turns out, had not been aware of Singapore’s anti-gay laws, and when she saw Tabberer’s article, she apologized. “I didn’t know, i am sorry. i was grateful for the opportunity, but i’ll delete the post now,” she tweeted shortly before deleting the Instagram post of the cover. “I don’t want to be hypocritical or hurt anyone, and my support for my fellow LGBTQ+ community comes first before my love for fashion and gratitude for this opportunity. again, i’m sorry.”

She then asked those who were offended to consider that the appearance of someone non-heterosexual on the cover of a major magazine in Singapore as a possible step in the right direction. “I would like to add though that someone that is openly apart of the community being on the cover in a country against the community, should be celebrated,” she tweeted. “Isn’t that a step forward? again, i am deeply sorry. i didn’t mean to be hypocritical or hurt anyone.”

She later clarified that the shoot and interview she did was intended to run in several international editions of Harper’s Bazaar, tweeting, “the magazine is not just in singapore, it was supposed to go to several several dif countries,” and reiterating her apology.

However, despite seeming genuinely apologetic after Gay Star News brought Singapore’s problematic laws to her attention, Jackson did have one problem with the article, calling it “ridiculously mean.”