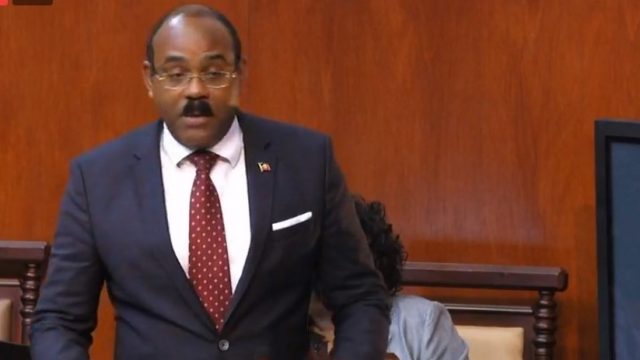 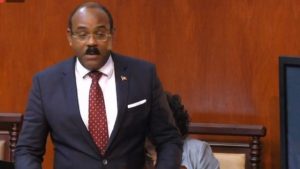 Prime Minister Gaston Browne, moments ago, not only announced that Parliament will be dissolved, but hinted “elections will be in a matter of weeks,” after months of public speculation that an early election would be called.

“This sitting, unless there are any extenuating circumstances, shall be the last sitting until the next General Elections,” the PM said.

This announcement comes only 3 years, 8 months and 10 days after his Antigua and Barbuda Labour Party took office. The next election is constitutionally due in 2019.

“For those of you who are arguing that the elections are coming too soon, I did say that it will come like a thief in the night,” the Prime Minister added.

Browne also commended both the Boundaries and the Electoral Commissions for taking him “seriously” as it pertained to the likelihood of an early general election.

“Those who are responsible, the electoral machinery and the Boundaries Commission, were very much aware that the elections were probable and imminent…,” the PM added while addressing the Lower House today (Thursday).

The sitting would also be the last for the Leader of the Opposition, Baldwin Spencer, who has already announced his retirement from active politics and will not be contesting in the upcoming General Elections.

“I am completely humbled by the experience here,” Spencer said in his final address in the House.

Spencer added that he believes that he is leaving politics after he would have made “significant contributions” to the nation.

“I have tried my best, both in and out of government to make a difference and I think the time has come to exit,” Spencer added.

Sir Gerald Watt also gave his farewell address as this, too, will be his last day as Speaker of the Lower House during this administration.

“I want to thank the Prime Minister,” said Sir Gerald. “This first tenure has been an honor for me and I have had no problems in the House and have enjoyed my stint.”