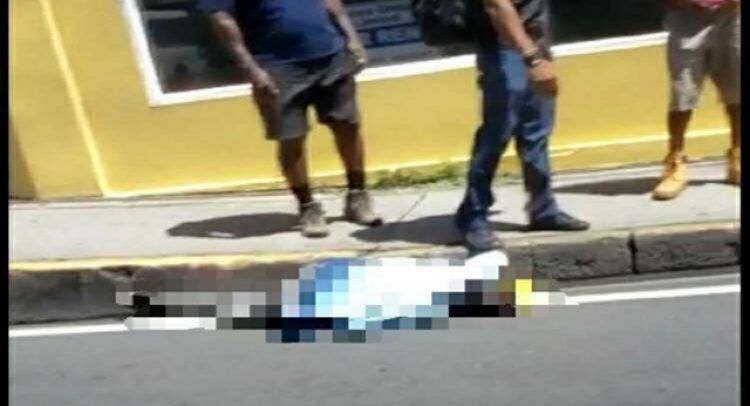 Parsons Village man hospitalized after being hit by SUV

Basseterre, 31st March, 2021 (MyVue News.com)–A traffic accident in downtown Basseterre on Tuesday, has left one man hospitalized for the injuries he sustained after being struck by a vehicle.

It involved motor SUV PB 4966, which is owned and was being driven by Michael Bartlett of Shear Lane, Basseterre and pedestrian Albert Wyatt of Parson Village.

The circumstances are that Wyatt was walking along the pedestrian crossing from Fort Street towards Victoria Road, when the driver of motor SUV PB 4966, which was in the stop on Victoria Road, proceeded to turn left on Cayon Street after the traffic light turned green and struck the pedestrian.

Wyatt suffered lacerations to the head and was transported to J.N.F. General Hospital via the Emergency Medical Service.

He is now warded in a stable condition.

However, investigations into the matter are ongoing, said the police.

The dangers of crossing that intersection, and the potential for accidents with motor vehicles, has been an ongoing concern expressed by many citizens, some who have called in to local radio on the subject.

Though authorities have promised to address the situation, it still remains where, in some circumstances, not necessarily related to Tuesday’s accident, the pedestrian countdown, with time remaining to cross, takes place at the same time when the ‘green light’ is given for the movement of vehicles.

Local transport officials are presently engaged in a program to commission new traffic lights in various parts of the city, but they have committed to resolving the conflicting signal problem at the fort Street/Victoria Road junction.

Demi Lovato: 'I am too gay to marry a man right now'