Patches Says He is Sorry for Helping to Get Asim Elected

In a bold move on Thursday night (9th May, 2013), Ian “Patches” Liburd declared, “I want to apologize to every constituent of East Basseterre and by extension the entire country for helping to make Asim.”

Liburd will be contesting the upcoming election on the ticket of the opposition People’s Action Movement, (PAM). He admitted to his party supporters at a public meeting at Ponds Extension that during the official launch, years ago, of Dr. Earl Asim Martin, as a candidate for the now ruling Labour Party, he (Liburd) did perform a special song, “The Impossible Dream”,  to help endorse Dr. Martin.

But almost 20 years after that act, Liburd is now having regrets and said, “I would have never dreamt that Asim would have neglected East Basseterre. I thought then that we shared the same philosophy about health and housing, but time has proven me to be wrong and I am sorry.”

Mr. Liburd further admitted that in the past he even wrote political speeches for Dr. Martin, including the one about “Fly them out”.

Patches, as he is best known, from his days as a popular entertainer with the famous Ellie Matt & the GI’s Brass, and as a solo artiste, stated that it was impossible to dream that Asim just wanted to get into public office for his private gain. 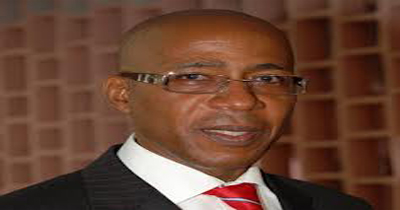 But he urged listeners to the live radio broadcast and the live internet stream, along with the supporters present in the public meeting, to ask why they are finding it so difficult to get a piece of land to purchase in their own country. In addition, Liburd wants his fellow constituents to ask Martin who is now the country’s Deputy Prime Minister, how many properties he owned before going into office in 1995, compared to the amount he now owns in 2013. On the contrary said Liburd, many constituents of East Basseterre have been applying to the National Housing Corporation for low income houses but after 18 years they are still being told, that their applications are on file.

Liburd accuses Martin of abandoning his constituents for most of the term in office but claims that now elections are imminent, Dr. Martin is seeking to associate himself with the people of the district.  He asked, “When last you see Asim in Pond Extension?”

“Again I say I am sorry for helping to put Asim into office but I ask you (now) to help me to put Asim out of office. I helped to hire him, so please help me to fire (him). And when he comes to beg you for his vote, you know the 3 words…You are Fired!!”

The meeting at Ponds Extension was just one in the ongoing series being organized by the People’s Action Movement, as it seeks to drum up support for the general elections, that some predict might be sooner rather than later.