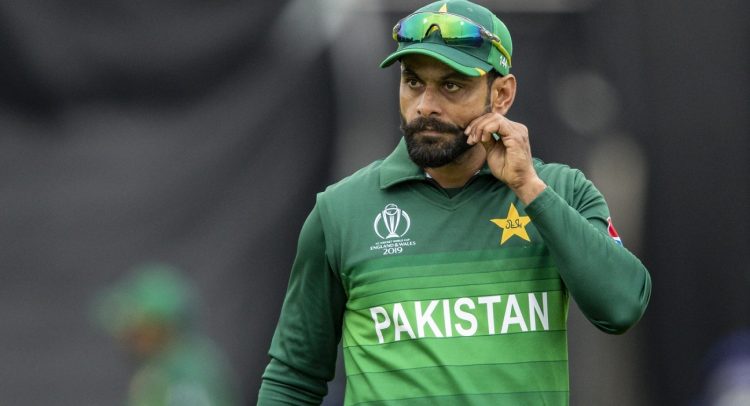 The PCB may be willing to reconsider their recently stated policy that players who tested positive in Covid-19 testing must return two subsequent negative tests before departing for England to play three Tests and three T20Is. ESPNcricinfo understands the head of the PCB medical department Dr. Sohail Saleem is consulting with a variety of sporting and medical experts to decide whether those players who did test positive could potentially leave for England after returning one negative test.

This could have implications for up to the ten Pakistan players and one member of the support staff who returned positive tests for Covid-19 earlier this week, though all of them were asymptomatic. They will all undergo a second round of tests on Friday. Should they test negative, the PCB had planned to conduct tests a third time on June 29th, to comply with their stated policy of ensuring players tested negative twice before being cleared for travel.

That, however, would have ruled all ten players out of travelling to England on a charter flight arranged by the ECB on June 28th, regardless of how they tested on June 26th. If, however, the PCB, who termed this “a fluid situation”, determine one negative test meant the players were safe to travel, then everyone who tests negative in the second round – including all those who tested positive earlier in the week – would be on track to be on the plane to Manchester on Sunday.

Either way, this means Mohammad Hafeez will undergo a third round of testing in just under a week. The day after he was found positive for Covid-19 by the PCB, he took another test in his personal capacity from a separate laboratory, and it came back negative.

The PCB, however, will only take into account tests conducted at the medical facility it is working with – Shaukat Khanum hospital. That means should Hafeez test negative for the virus on Friday, it will count as one negative test, and not two, which the PCB’s recently stated standard operating procedures deemed necessary for safe travel. If those standard operating procedures do not change after all, he will be ineligible to board that charter flight, and will instead have to undergo yet another round of testing on June 29th.

Five reserve players were called up as cover and tested for the virus on Thursday, with the results expected on Saturday. Bilal Asif, Imran Butt, Mohammad Nawaz, Mohammad Musa and Rohail Nazir have all undergone tests, as has masseur Mohammad Imran.

Nazir, the PCB announced, was called up as a back-up wicketkeeper after Pakistan’s first choice Mohammad Rizwan tested positive for Covid-19. Rizwan was, according to the PCB CEO Wasim Khan, the only one of the ten whose result had implications for the Test leg of Pakistan’s tour of England, which will be played before the three-match T20I series.

On Thursday, the 18 players who tested negative, as well as 11 support staff personnel, underwent a second round of tests. Should all of them return negative tests once more, they will be cleared to depart for England on June 28 according to schedule.

CCJ offers parties in Guyana pathway to rule of law