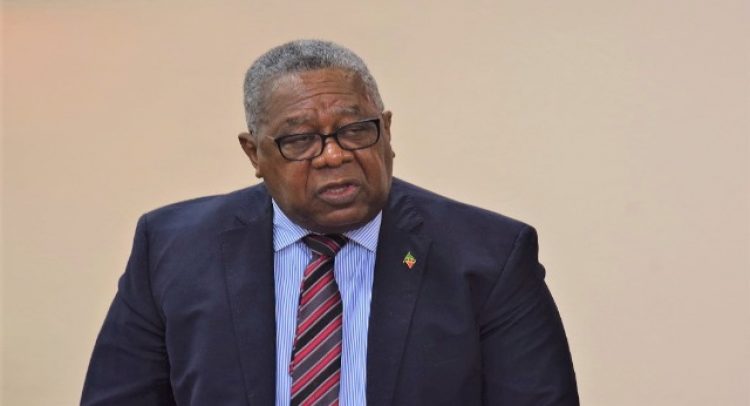 Basseterre, 19th February, 2021, (MyVue News.com)-The Attorney General in St. Kitts has heralded the new piece of legislation to help determine the pensions of judges as one that was necessary to help ensure the best legal minds are attracted to dispense justice in the country and across the Eastern Caribbean.

Vincent Byron, while introducing the Bill in the St. Kitts & Nevis Parliament on Thursday, 18th February, 2021, said “Overall, this Bill seeks to provide a single seamless code for determining entitlement and computation of pension for judicial officers while also building equity and fairness into the process which would enhance the attractiveness for recruiting suitable persons to the Bench, even at later ages than is the current position which detracts many persons who may wish to serve at a later age from being interested in doing so.”

Byron who is also Minister of Justice and Legal Affairs, said the Bill seems very uncontentious and I would say that we have the full support of the Honourable House and will hope that we can continue to attract judges at the highest calibre to sit on the Bench and to be able to provide justice for the people not only of St. Kitts and Nevis, but the other members of the Eastern Caribbean Supreme Court area, or the jurisdictions from Grenada all the way up to the British Virgin Islands.”

Some of the highlights of the new Pensions Bill include, but are not limited to, provision for an early retirement age if this is ever incorporated in the Supreme Court Order, provision for a Master to be paid a Pension under the new Bill and pensionable emoluments to include salary, as well as housing and a utility allowance.