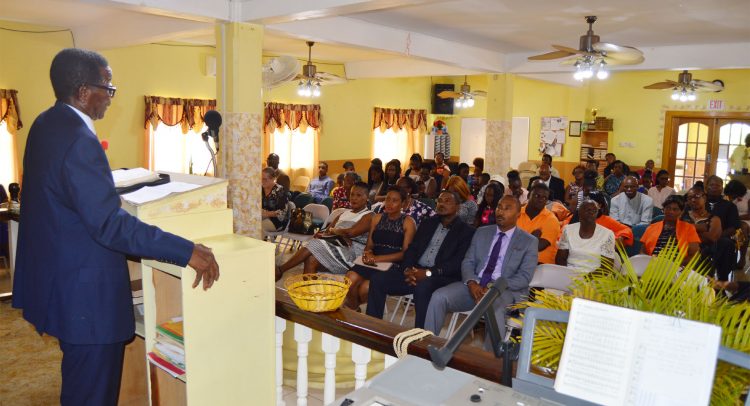 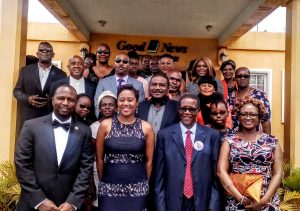 BASSETERRE, ST. KITTS, July 23, 2018 (PLP PR Media Inc.)* — Deputy National Political Leader of the Peoples Labour Party (PLP) the Hon Senator Akilah Byron-Nisbett has made a passionate appeal to all persons of goodwill to take a stand and help in spreading the word of God.

“It is time for the church now and for the people of God to be able to take hold of our country and to be able to go out and speak of the word of God,”said the Hon Byron-Nisbett. “We can no longer hide behind that ‘it is not me’ or ‘it is the world’. Rather it is up to us as people of God to continue to pursue God’s word, and continue to go after His people and always remembering to preach the Gospel wherever we are.”

The Hon Akilah Byron-Nisbett, who is also the Deputy Speaker in the National Assembly, made the remarks on Sunday July 22 when she led the National Executive and general membership of the Peoples Labour Party, one of the three parties in the ruling Team Unity Administration, to its monthly church worship this time around at the Good News Baptist Church at Lime Kiln in West Basseterre.

“It was indeed a pleasure for the Peoples Labour Party to be able to worship here at the Good News Baptist Church at Lime Kiln,” said the Hon Byron-Nisbett, who represented the PLP’s National Political Leader, and Prime Minister, Dr the Hon Timothy Harris who is off-island on official government business. “We were received with great delight and we really appreciate the hospitality of the pastors and the assistant pastor, and we look forward to being able to worship with them yet again.”

The sermon, ‘Sowing in Tears, Reaping in Joy’ based on Psalms 126: 1-6 was delivered by Pastor St. Clair Archibald, who welcomed members of the Peoples Labour Party and Sister Maynard’s family to the Good News Baptist Church “on this beautiful Lord’s Day.”