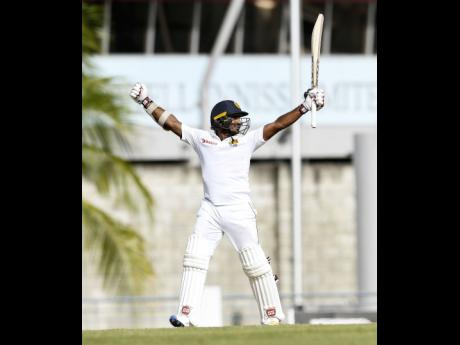 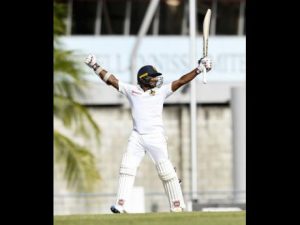 West Indies faltered in their bid to win the three-Test series against Sri Lanka when they ran out of momentum when it mattered most and went down by four wickets on the penultimate day of the historic day-night Test here yesterday.

Dilruwan Perera, who struck an unbeaten 23, formalised the result for the tourists when he lifted captain Jason Holder to the long-off boundary, just over an hour before the scheduled lunch interval.

It was his crucial unbroken 63-run, seventh-wicket stand with Kusal Perera, who made 28 not out, which pulled Sri Lanka over the line and ensured a 1-1 series result.

Captain Jason Holder said while the result was not what he had hoped for, the team deserved praise for the way they had played the series.

“It was a good fight from the boys. All the boys put in a really good effort,” a disappointed Holder told media following the contest.

“It did not end the way we wanted, but credit again to the guys, it was very, very tough. It was a hard-fought series. Credit to the Sri Lankans to the way they fought back, and hopefully we can put things right in this next series against Bangladesh starting next week.”

Resuming the afternoon at Kensington Oval requiring a further five wickets to complete a 2-0 series win with Sri Lanka on 81, West Indies managed only the scalp of Kusal Mendis for 25, as they let a glorious opportunity for a series-win slip.

They were frustrated by left-hander Kusal Perera who recovered significantly from a frightening incident while fielding on Monday’s day three, to carry the bulk of the scoring for Sri Lanka.

He crashed into the advertising boards attempting to take a catch at long on deep into the Windies second innings, and had to be rushed to hospital by ambulance.

However, he showed no signs of trauma from the blow, striking two fours in a 44-ball knock as he combined with Dilruwan Perera to break the Windies hearts.

Dilruwan, unbeaten on one at the start, counted three fours in a composed 68-ball innings.

When Mendis was trapped leg before wicket by Holder in the afternoon’s first over with no addition to the overnight score, West Indies would have been harbouring thoughts of victory.

But the two Pereras survived a couple of near misses with catches going near to hand, to safely navigate the session, as Holder lacked support from fellow seamers Shannon Gabriel, Kemar Roach and Miguel Cummins who toiled without reward.

Holder ended with five for 41 – his second five-wicket haul in Tests – to post match figures of nine for 60.

West Indies entered the match leading 1-0 in the series, after winning the first Test at Queen’s Park Oval by 226 runs and drawing the second at the Darren Sammy Cricket Ground in St Lucia last week.

West Indies turn their attention to Bangladesh who they face in first Test of a two-match series at the Vivian Richards Cricket Ground in Antigua starting July 4.