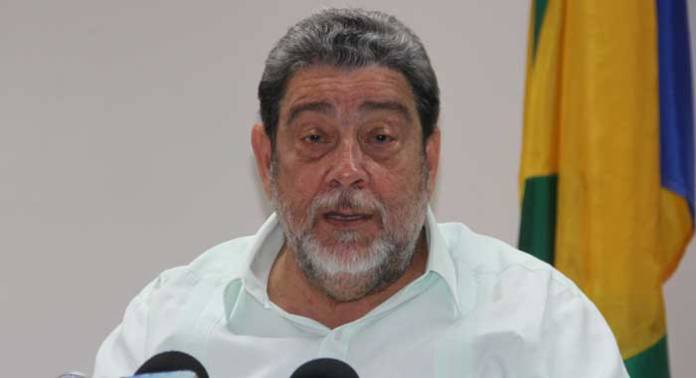 Callers to the “New Times” programme said they would protest at the march, claiming that the prime minister should not be allowed to speak at such events because of statements he is alleged to have made.

One caller said that Gonsalves had made the alleged comments at aULP rally.

The caller said Gonsalves made the comment when referring to Arnhim Eustace, a former prime minister and leader of the opposition, who has been representing East Kingstown since 1998.

“Until Ralph E. Gonsalves apologises to the black race in St. Vincent and the Grenadines … this is nonsense for black people to attend any rally that Ralph is speaking [at] … specific to dealing with things like reparation and black genocide and things that are happening here (in SVG) until he apologise for those racist statements that he has made.”

Another caller said he would be at the event with his “legalise marijuana” sign as there are diversification programmes around the world centred on cannabis.

“For me, nobody should attend, and if you attend, is because you have your placard and you going to protest — otherwise than that, I ain’t see what you have dey!”

Francois continued: “Nobody could have a rally under the term ‘Black Lives Matter’ and have Ralph Gonsalves speaking there. No apologies.”

Black Lives Matter, according to Wikipedia, is an international human rights movement, originating from within the African-American community, which campaigns against violence and systemic racism towards black people.

Internationally, millions are protesting, claiming police brutality and racism, in the death of George Floyd, an African American who was killed in Minneapolis last month during a police arrest.

Videos of the arrest show a white police officer pressing his knee into Floyd neck’s for eight minutes even as Floyd, who was in handcuffs, gasped and repeatedly said, “I can’t breathe”.

It is alleged that Floyd was being arrested for using a counterfeit bill.

Four police officers have been fired from their jobs and charged over Floyd’s death.

Editor’s note: This article was updated after publication to correct an alleged statement attributed to Prime Minister Gonsalves.

US to reduce troops in Iraq 'over coming months'