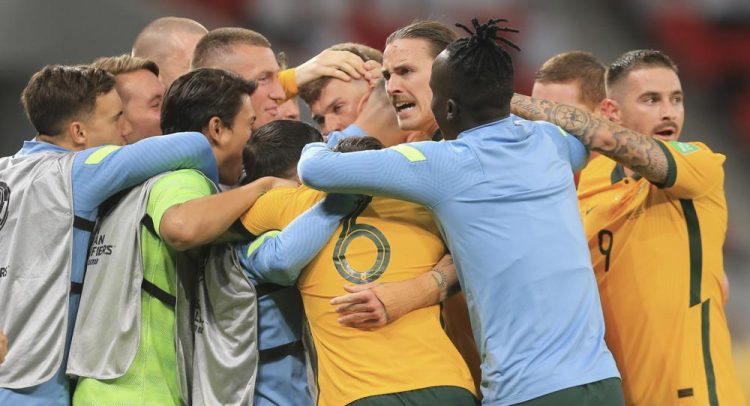 This time, it’ll be one or the other. Australia and Peru, which both qualified for the last World Cup via intercontinental playoffs, are ready to play off for a spot in Qatar when soccer’s marquee tournament kicks off in November.

Back in 2017 Peru beat Oceania champion New Zealand and Australia beat Honduras to book their places in Russia. Unlike those home and away encounters, this is a one-off, winner-takes all match in Al Rayyan, Qatar late Monday.

“From that point of view, apart from the fact that we have a broad experience, so does Australia.”

Around 12,000 Peruvian fans are expected to be at the Ahmad bin Ali Stadium for the big game and hoping for the same result in the only previous meeting between the two countries.

Gareca was in charge at the 2018 World Cup when Peru beat Australia 2-0 in the last round of games of Group C, when both teams were already eliminated after finishing below France and Denmark. The same two European teams await in 2022 in Group D, along with Tunisia.

“What we want to do is to keep on growing. We’ve known each other for seven years in our national team,” Gareca said. “We have experienced very tough situations, we cope with them, we know that the way forward is a tough one but this is what we want to do. We’re all ready for this.”

Perhaps one advantage the Socceroos have is that the team has already won a play-off in Qatar, overcoming the United Arab Emirates 2-1 in the Asian elimination game last week.

“It’s one game now. It’s 90 minutes,” said Australia coach Graham Arnold, who was assistant to Guus Hiddink in 2005 when the Socceroos beat Uruguay in a play-off penalty shootout to qualify for the World Cup for the first time in 32 years.

“The biggest game (was) 2005,” Arnold added. “I pretty much put this game alongside that.”

Unlike Peru, which started qualification slowly before recovering to finish fifth, Australia won its first three games in the third round of Asian qualifying but then just managed one win from the following seven games to finish in third spot behind Saudi Arabia and Japan.

Australia may not be in the same kind of form as Peru and may be waiting on the fitness of central defender Trent Sainsbury and striker Adam Taggart, but the coach believes that mentality can play a part in producing a big performance when it counts.

“That is what I have been driving to the boys … about the Aussie DNA,” Arnold said after the win over UAE last week got the Socceroos within 90 minutes of qualifying for a fifth consecutive World Cup. “And that is fight, scratch and do whatever you have got to do to win the game. However we win it, who cares? Just win it.”