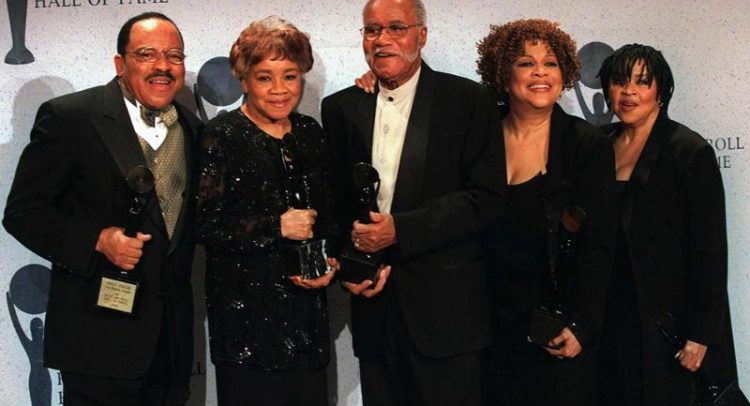 CHICAGO (AP) — Pervis Staples, whose tenor voice complimented his father’s and sisters’ in the legendary gospel group The Staple Singers, has died, a spokesman announced Wednesday. He was 85.

Pervis Staples died May 6 at his home in Dolton, Illinois, according to Adam Ayers, a spokesman for Staples’ sister, Mavis Staples. The cause of death wasn’t given.

Pervis Staples sang gospel songs with his father, the guitar-playing Roebuck “Pops” Staples, and sisters Mavis, Yvonne and Cleotha in Chicago churches before gaining a national following when they began recording songs such as “So Soon,” “If I Could Hear My Mother Pray Again,” “Will the Circle Be Unbroken,” and “Uncloudy Day” for Vee Jay records in the 1950s.

The group gained fame in the 1960s by singing music that urged change on a variety of social and religious issues. The Staple Singers gained a huge audience with their first No. 1 hit, “I’ll Take You There” in 1972 and followed with top 40 hits “Respect Yourself,” “Heavy Makes You Happy,” and “If You’re Ready (Come Go With Me).”

However, Pervis’ last album with The Staple Singers was their first for Stax Records, “Soul Folks in Action” in 1968. The album featured new songs such as “The Ghetto” and their interpretations of tunes like Otis Redding’s “(Sittin’ On) The Dock of the Bay” and The Band’s “The Weight.” He went on to manage the girl group The Emotions and operated a popular nightclub, Perv’s House.

Pervis Staples was inducted into the Rock and Roll Hall of Fame with his family in 1999. The group also received a lifetime achievement award from the Grammys in 2005.

Mavis Staples, the lone survivor of the group, said in a statement that her brother’s childhood was filled with wonderful experiences.

“He liked to think of this period of his life as setting the stage for all that he wanted to do in life,” she said. “Some of Pervis’ best friends as a youngster included Sam Cooke, Lou Rawls, and Jerry Butler. Pervis and the guys would stand under the lamp posts in the summertime singing doo-wop songs.”

Despite the success of Rawls and Cooke, Roebuck Staples routinely rejected offers to the group to record rhythm and blues, saying it was in conflict with his faith. However, it was with the nudging of Pervis Staples that the group compromised by performing message music in the 1960s, performing at music festivals around the country.

Pervis Staples was born November 18, 1935 in Drew, Mississippi. He and his family moved to Chicago for economic opportunities. That is where Roebuck Staples started teaching his children gospel songs to entertain them and occupy their time.

Pervis Staples was preceded in death by his parents, Roebuck and Oceola; and three sisters, Cynthia, Cleotha, and Yvonne. He is survived by his six children, seven grandchildren and seven great-grandchildren. Funeral services will be held Monday in Chicago.

This story has been corrected to show that Staples died in Dolton, Illinois.

FILE – In tis March 15, 1999 file photo, The Staple Singers, from left, Pervis, Cleotha, Pops, Mavis, and Yvonne pose at the Rock and Roll Hall of Fame induction ceremony in New York. Pervis Staples, whose tenor voice complimented his father’s and sisters’ in The Staple Singers, died Thursday, May 6, 2021, at his home in Dalton, Ill., a spokesman for sister Mavis Staples, said Wednesday, May 12 , 2021. He was 85. (AP Photo/Albert Ferreira, File)