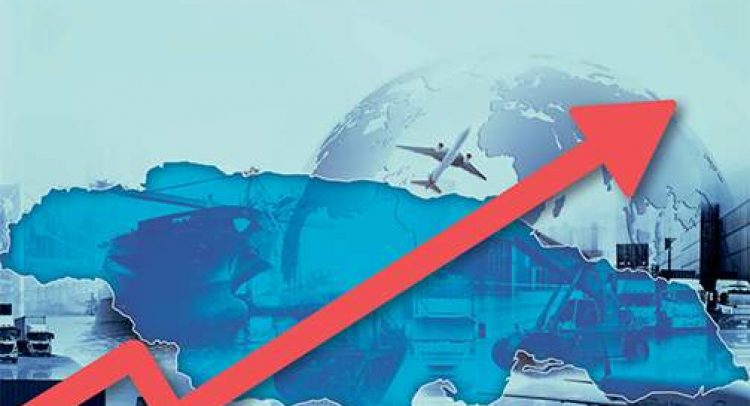 ALTHOUGH the fallout from the novel coronavirus pandemic is more austere than that fuelled by the 2008 global economic recession, head of the Planning Institute of Jamaica (PIOJ) Dr Wayne Henry is projecting that Jamaica is, at this time, poised to bounce back faster than it did then.

Speaking yesterday during the quarterly press briefing to review the country’s economic performance for July to September this year, Dr Henry said the island has been “managing the pandemic fairly well”.
He said the projections have been given “in light of the assumption of a continued fairly effective management of the pandemic”.

“When we compare the COVID-19 impact so far, the fallout since March, it is much more severe than what we saw in the 2008 financial and economic crisis,” the PIOJ head said, noting that that crisis lasted until 2012 before recovery began to be experienced in the United States.

“For Jamaica, we saw some 90,900 jobs lost, and it took us maybe 11 years to recover in terms of gross domestic product (GDP), and maybe some eight years to recover in terms of employment. But, in this current context, we see, maybe in a four- to five-month period, 135,000 jobs being lost, and so compared to almost 91,000 over a three-year period… that tells you the severity of the impact of COVID-19 relative to the global economic and financial crisis,” he pointed out.

But Dr Henry had “good news”.

“We anticipate a shorter time for recovery. In terms of restoration of GDP, we anticipate maybe three to four years, as against 11 years, and a shorter time for recovery of employment, maybe two to three years, to recover those jobs as against the eight years of the global financial crisis, largely because Jamaica, going into the pandemic, was in a stronger macroeconomic context facilitated by and afforded by the types of reforms we had engaged in for the previous six or seven years before,” he explained.

Dr Henry said, though, that a risk would be if Jamaica were to experience another surge in the number of COVID-19 cases like that experienced in August, when the island saw a second wave of the virus resulting in an unprecedented spike in confirmed cases and deaths.

“We have since been containing, we can continue to do that in an effective way,” he said, noting, “that remains a general concern”.

In the meantime, the PIOJ director general said the recent three weeks of continuous rains, which saw sections of the island experiencing flooding, landslides, and damage to houses and roads, would reflect negatively on the economic outlook for the upcoming quarter.

He also noted that prior to the island being affected by the rains due to various weather systems, the agriculture sector, producers of government services, as well as the construction sector, were among the few industries that had been recording some growth.

Meanwhile, the PIOJ yesterday reported an estimated real value-added contraction of 11.3 per cent for the July to September 2020 quarter, relative to the corresponding quarter of 2019. It said the estimated out-turn for the review quarter largely reflected the negative impact of a surge in COVID-19 confirmed cases globally and locally, with Jamaica recording an increase of over 800 per cent to 6,555 confirmed cases as at September 30 relative to June 30, which negatively impacted economic activities through reduced demand and a slowing in the pace of reopening, as well as the implementation of measures to manage the spread of the novel coronavirus, among other factors.

Pfizer, Moderna COVID vaccines could be ready for US use in weeks