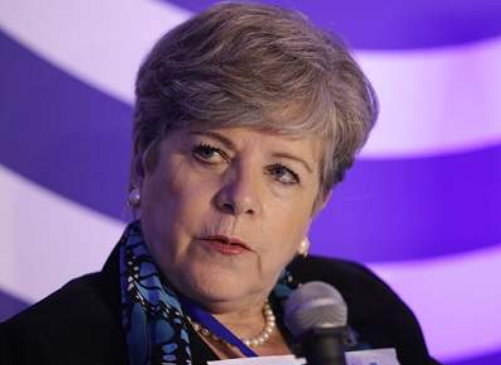 In addressing an event parallel to the High-level Political Forum on Sustainable Development, which is being held at United Nations headquarters in New York, Bárcena said the new development paradigm proposed by the 2030 UN Agenda “positions and reappraises planning as a means of implementation.”

She also said the development paradigm “demands a long-term vision, with coherent policies linked to budget periods, with the availability of timely and quality data and statistical information, and with transparent and participatory systems for monitoring, accountability and evaluation.”

The senior United Nations official participated in the “Policy Coherence: From the Global to the National and Local Levels,” organised by ECLAC and the government of Guatemala, and held on the sidelines of the High-level Political Forum on Sustainable Development, which is taking place through July 18 at the United Nations’ headquarters.

“The 2030 Agenda calls on us to change our fragmented and isolated institutional culture in order to act in a coordinated, articulated and inclusive way, with multi-sectoral approaches and by identifying the interconnections and critical links between the economic, social and environmental dimensions of sustainable development,” said Bárcena in her remarks.

“Long-term planning allows for producing state policy and building the continuity of development models, with greater equality and sustainability at a national and territorial level,” she added.

Bárcena noted that public policy is effective when it is “territorialised” and has budgetary backing, adding that planning guarantees coherence among public policies.

She also stated that long-term planning requires “quality and disaggregated information, data and statistics as the basis for making decisions, which means it is imperative that national and regional statistical institutions be strengthened”.

In this regard, Bárcena called for bolstering the Statistical Conference of the Americas (SCA) as a regional platform for data and statistics related to sustainable development.

ECLAC’s top representative said that, to date, only on five of the 17 UN Sustainable Development Goals (SDGs) have a chance of reaching 50 per cent of their indicators.

These include SDG 1, on ending poverty; goal 3, which refers to health and well-being; goal 5, on gender equality; goal 7, which calls for guaranteeing access to affordable and clean energy; and goal 8, which addresses decent work and economic growth.

“On the rest of the SDGs, an effort must be made to improve information to be able to produce the indicators,” Bárcena said.

She said that, currently, 20 of the 33countries in Latin America and the Caribbean have national coordination mechanisms for the implementation and follow-up of the 2030 UN Agenda on a national level.

Bárcena also noted that more than 50 per cent of the technical secretariats of these mechanisms are planning bodies, adding that “they have the great challenge of coordinating sectors, bringing together actors, defining the strategies and alliances needed to achieve the SDGs, and preparing for accountability processes.

“The 2030 Agenda and the SDGs do not involve goals that are different from those prioritised by states,” she said “But they do entail a different way of addressing them. And that is why it is important to seek the virtuous circles between the different targets and goals.”