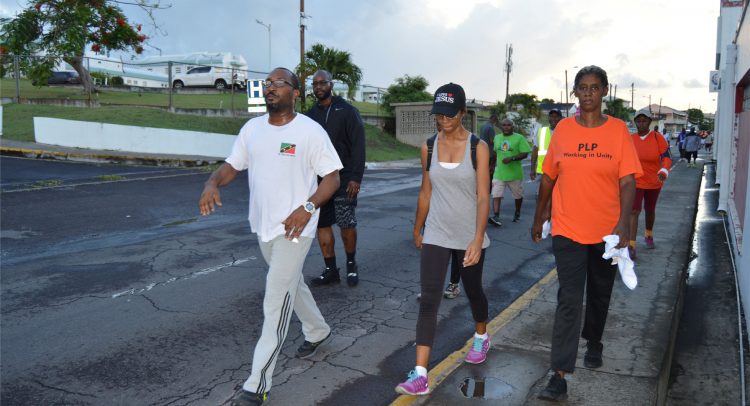 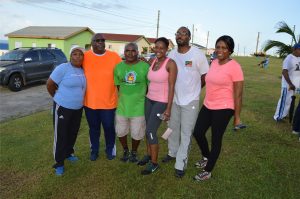 “As usual we are joining our Prime Minister, Dr the Hon Timothy Harris, in his monthly health walks that have brought tremendous health benefits to the participants,” said Mr Thompson. “The walk will be held in Constituency Number Seven which our Prime Minister represents in the National Assembly.”

According to Mr Thompson the walk will start at 5:00 am from the Belle Vue bus stop and will end at the Ottley’s Hard Court. The health walk has been attracting a huge following and Mr Thompson is encouraging the regulars to be ready for it, and to invite a friend. A healthy light breakfast will be served at the end of the walk.

“Prime Minister Harris, who is also the National Political Leader of the Peoples Labour Party, has been holding these walks for now over ten years and more and more people are responding positively to his efforts in his noble fight against the scourge of non-communicable diseases (NCDs) that are lifestyle related problems,” explained Mr Thompson.

Prime Minister Harris, who is also CARICOM’s lead spokesperson on human resources, health and HIV matters, has been taking the matter of healthy lifestyles seriously and has shown it by the example of having started monthly health walks in his constituency over ten years ago. The event was known as the Dr Harris Constituency Number Seven Health Walk.

“After our people realised that the health walk brought some tangible health benefits, the number of participants increased tremendously, and we as party (the Peoples Labour Party) felt it was in order to embrace everyone in the country and hence the reason we made it a national event last year,” stated Mr Thompson.